Day 4: An amazing day in Corinth 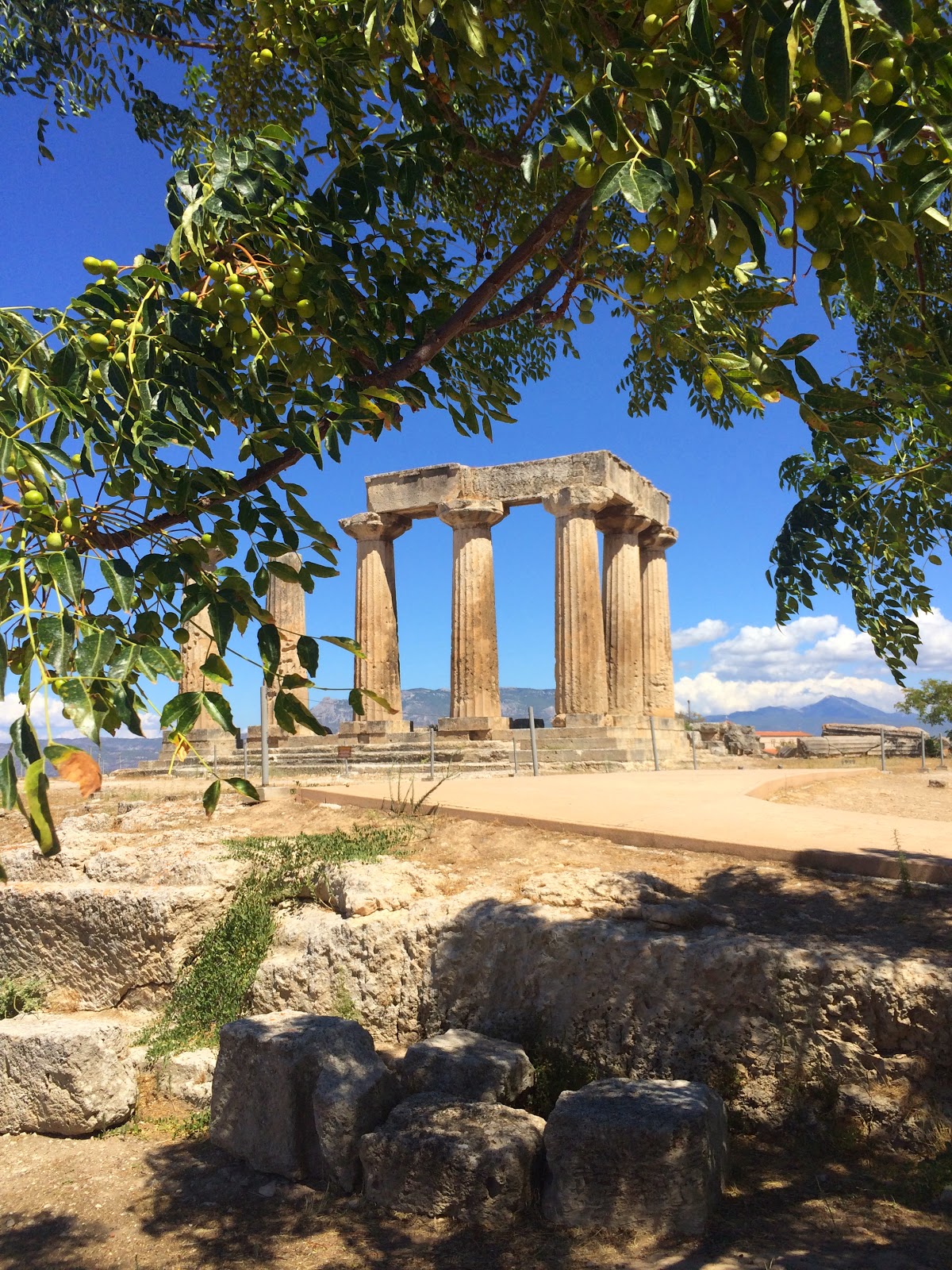 What an amazing day we had.  We left first thing this morning headed to the ancient city of Corinth.  On our way we passed several Olympic venues from the 2004 Athens Olympics, including the beach volleyball and soccer venues.  Our next stop was at the Corinth Canal and then we arrived in Corinth.   The Apostle Paul spent about 18 months here on his second mission tour.  He had planned to travel to the early churches in Asia Minor (in and around Turkey) but received a vision to visit Macedonia instead.  Paul's visit is said to have served as the real gateway to spreading the Gospel message through Europe.  The first stop in Corinth was at a set of ruins where we saw an inscription in the ruins that mentions a man named Erastmus.  This inscription matches very closely with the Book of Acts, Chapter 18 where Erastmus is mentioned by name and clearly dispels any notion of naysayers that these biblical figures did not exist.  It was amazing to see this inscription from 49 AD that proves what we have known all along!

From this set of ruins we continued to the old village of Corinth where we celebrated Mass in the most spectacular setting, under the shade of olive trees with ancient temple ruins in the background listening to today's first reading from Paul's Letter to the Corinthians.  What an amazing experience listening to Paul talk to us in the words that he wrote for these same people sitting in their village almost 2000 years later.  Listening to the this reading and the Gospel, you could just visualize the people back then hearing these messages of the good news of Jesus Christ.  I don't think any one of us will ever hear the Letters to the Corinthians without thinking of this special day that we spent in this beautiful ancient city.  Tomorrow we head off on our cruise, so you may not see a post for 2 or 3 days.  We'll be back soon! 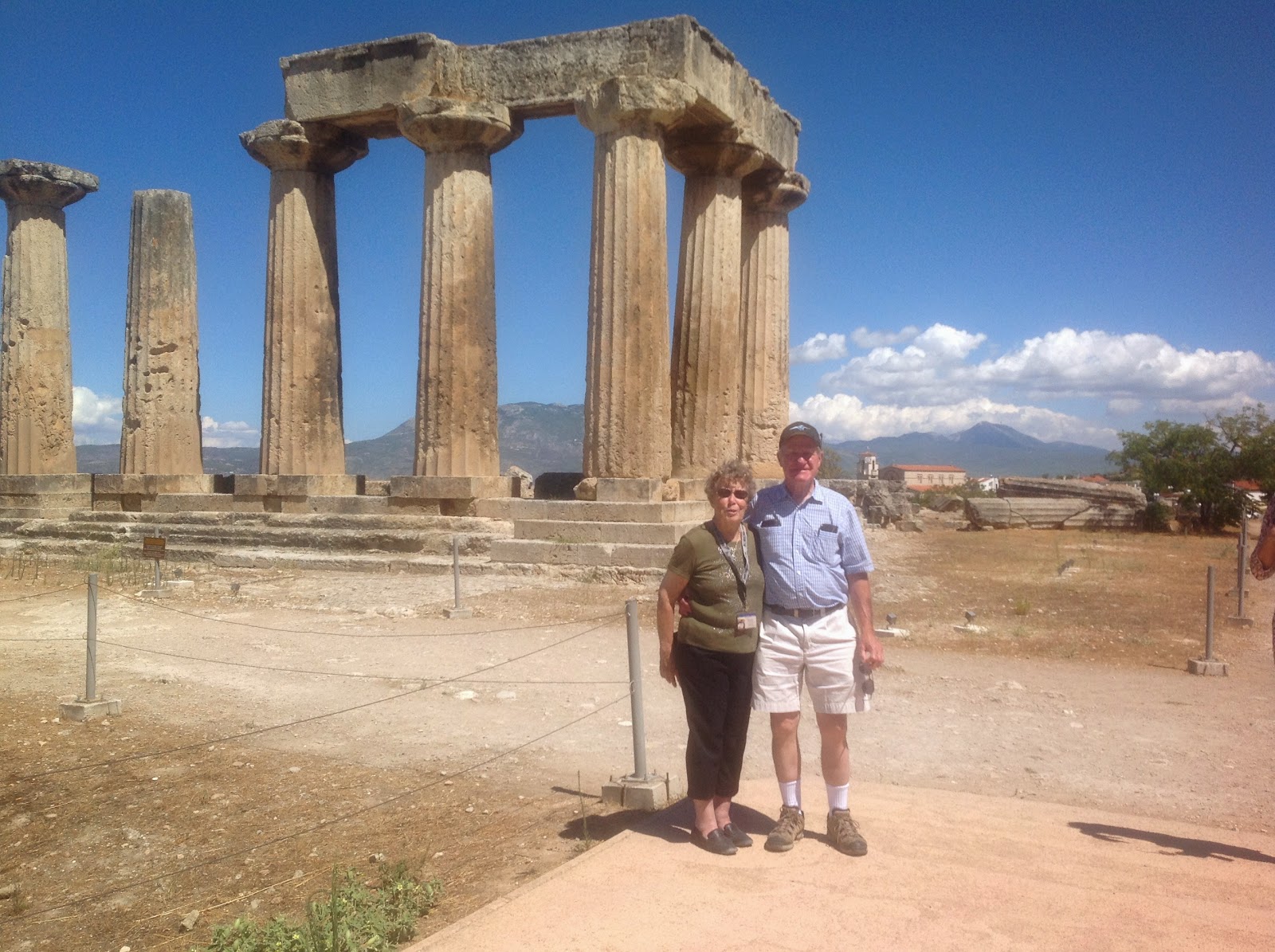 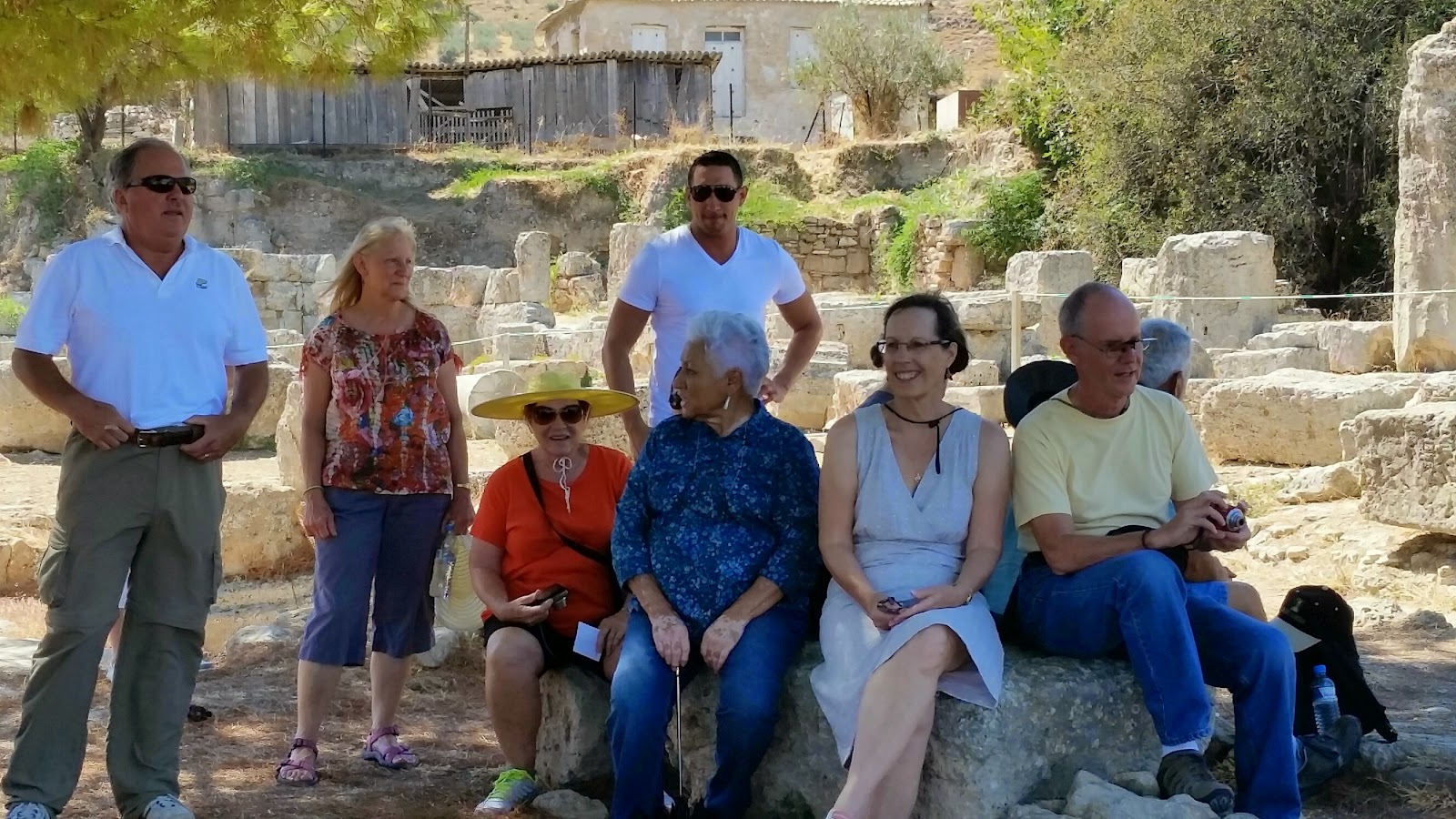 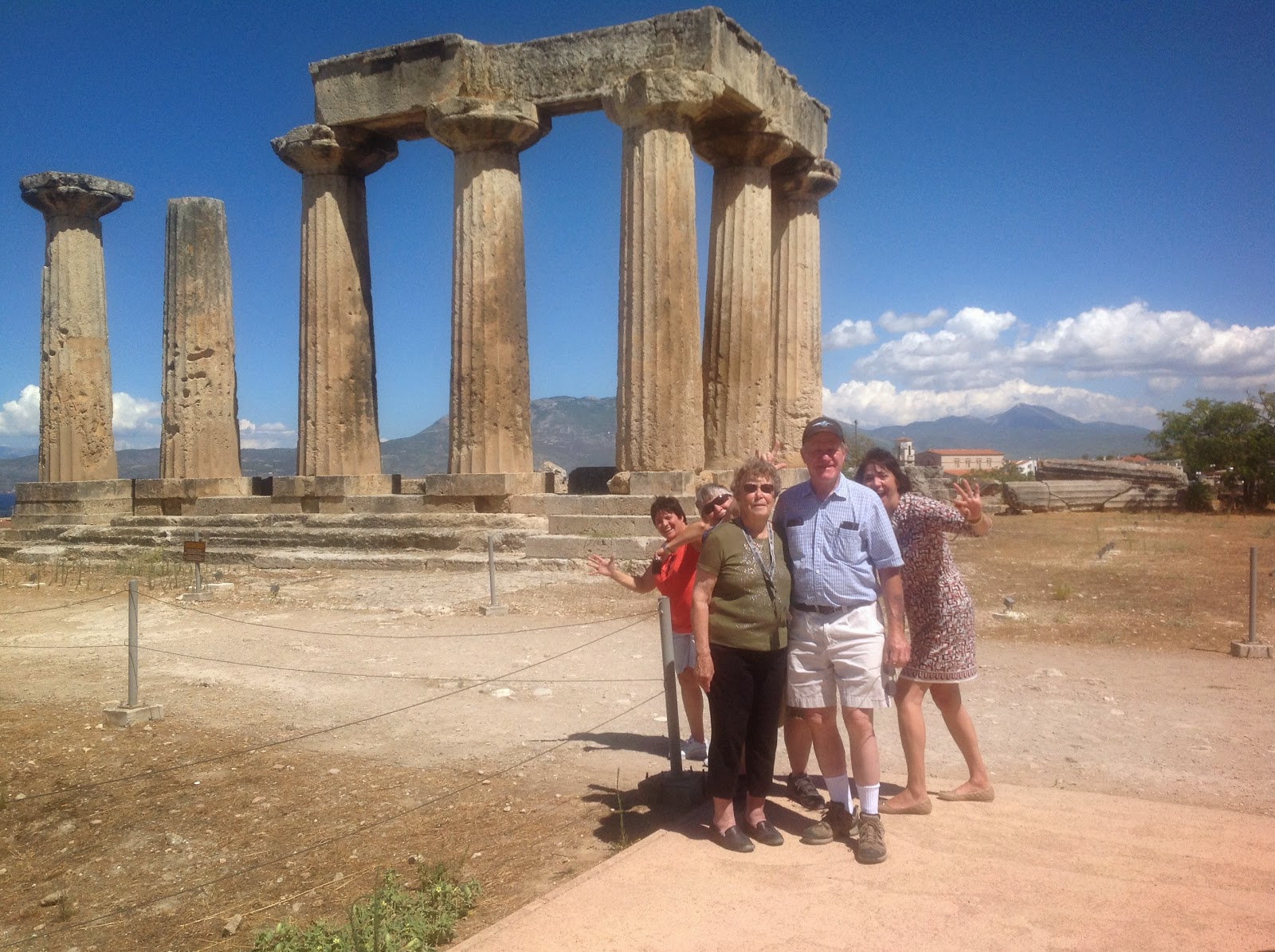 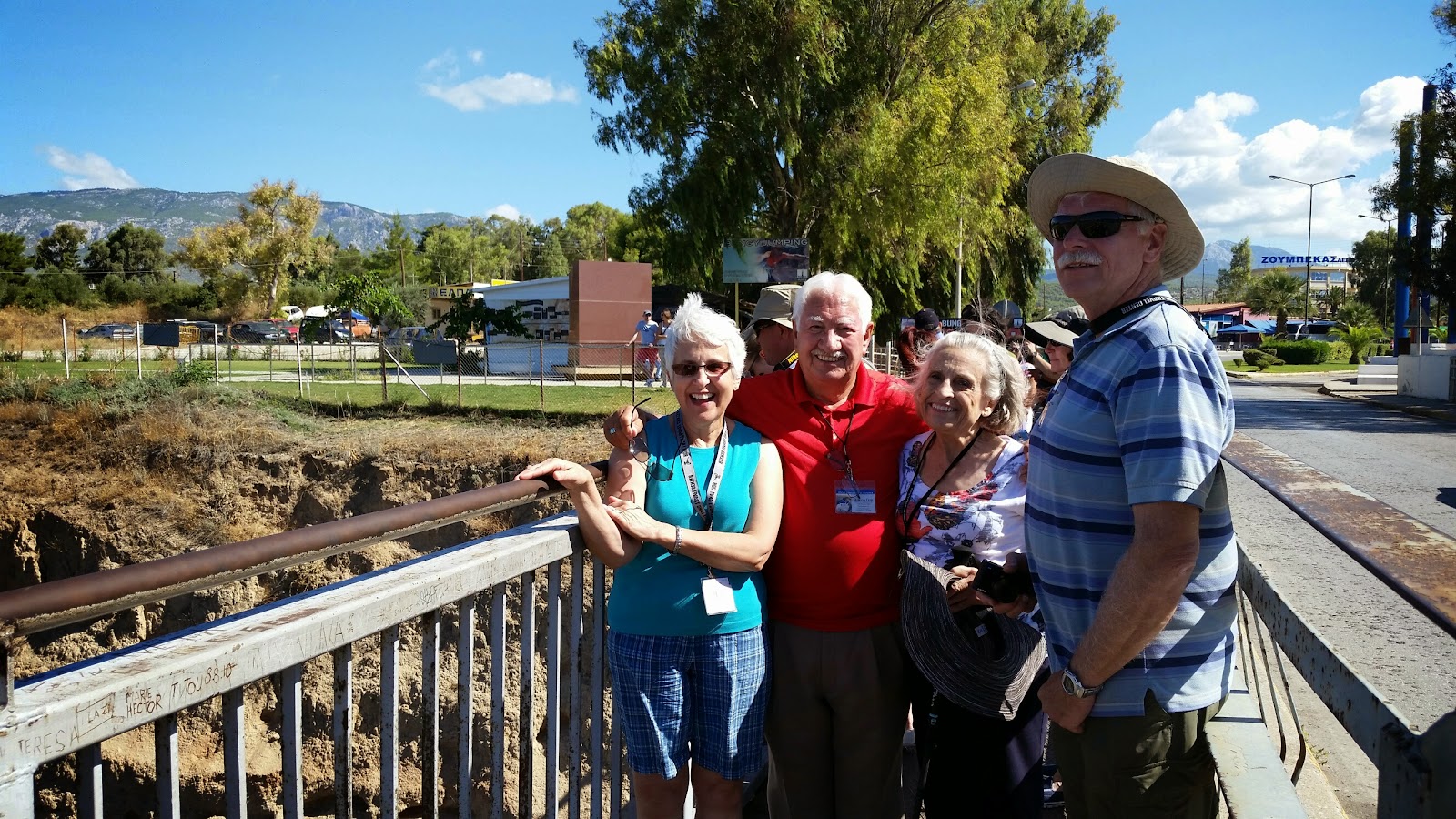 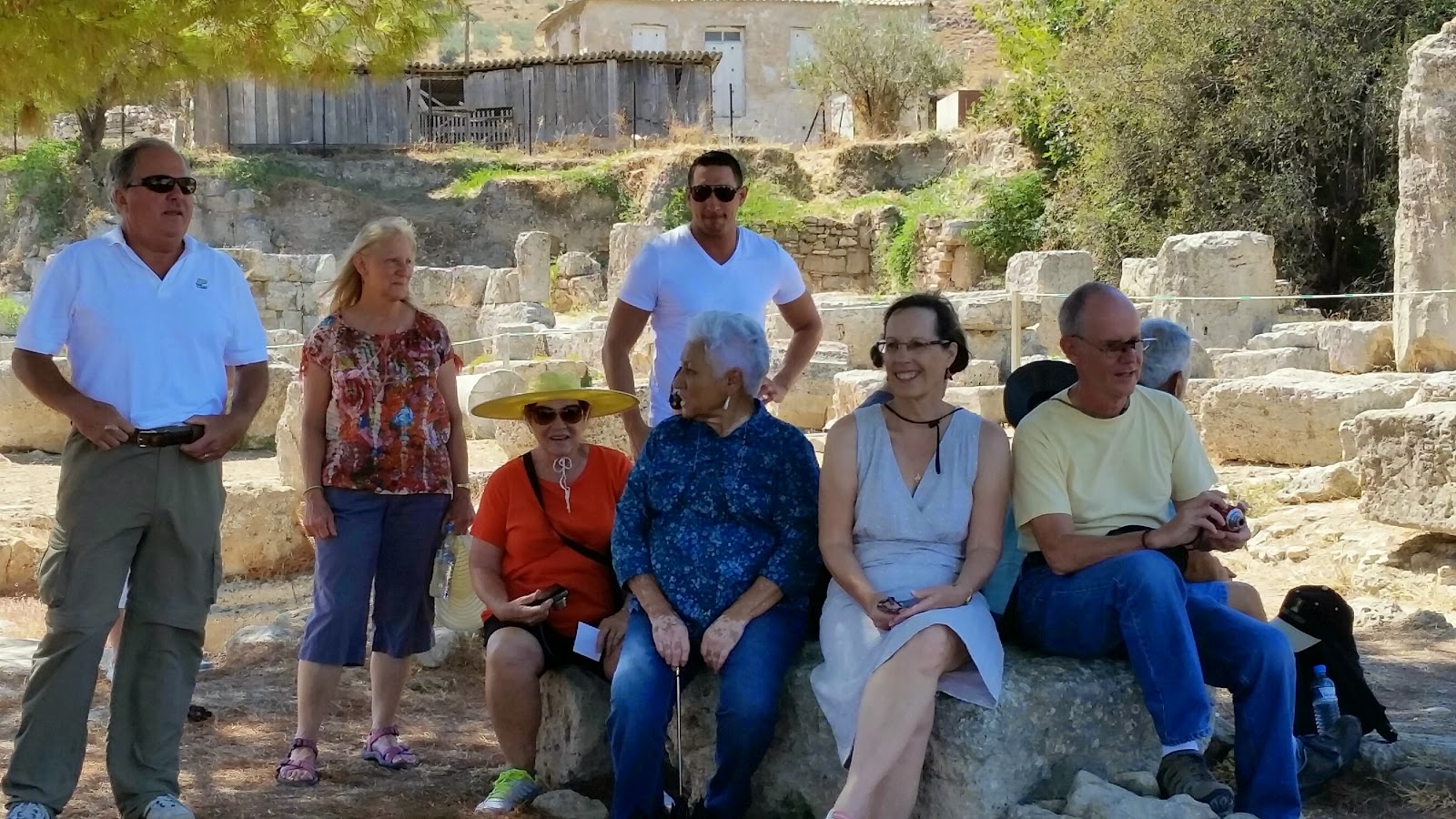 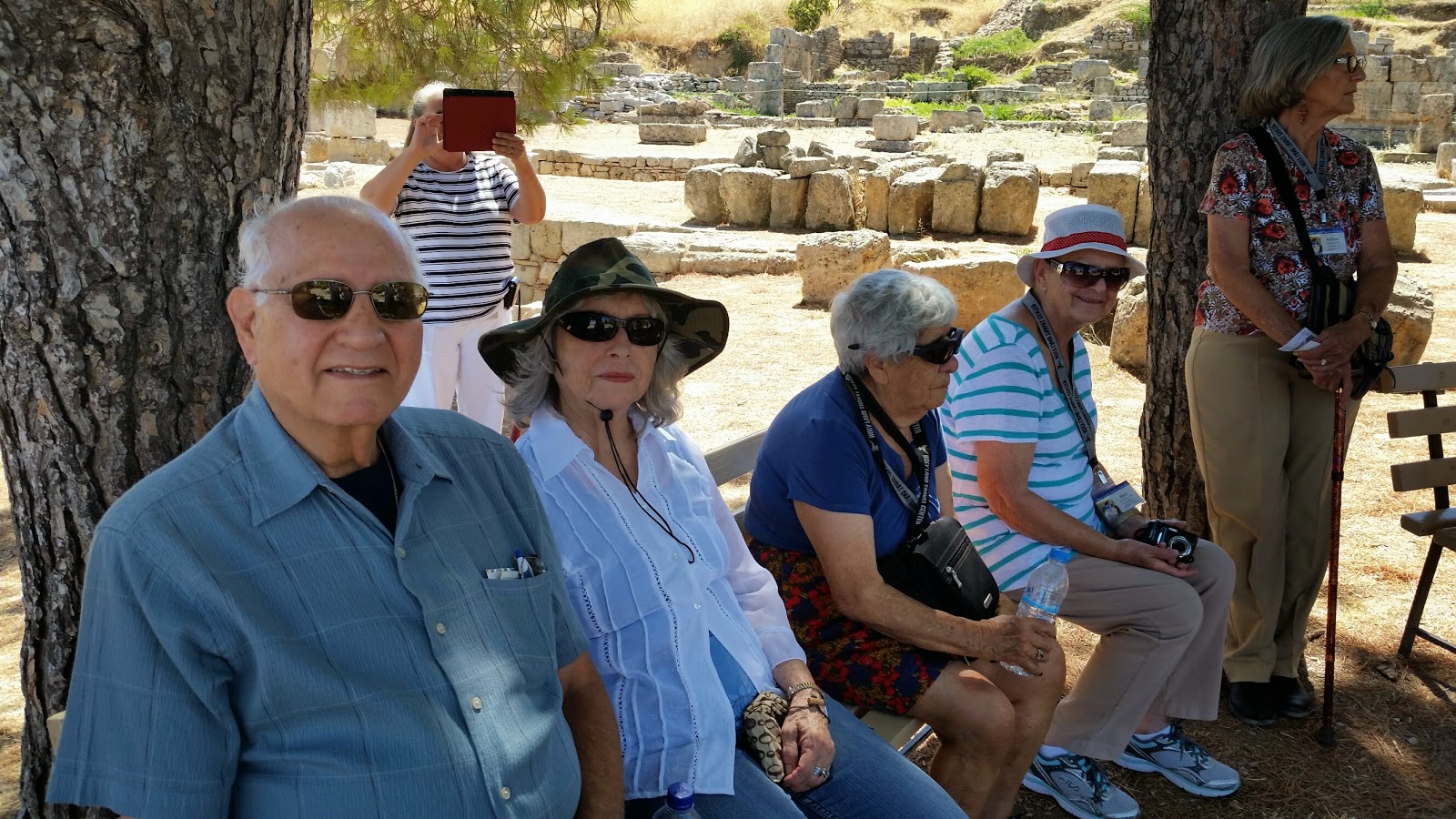 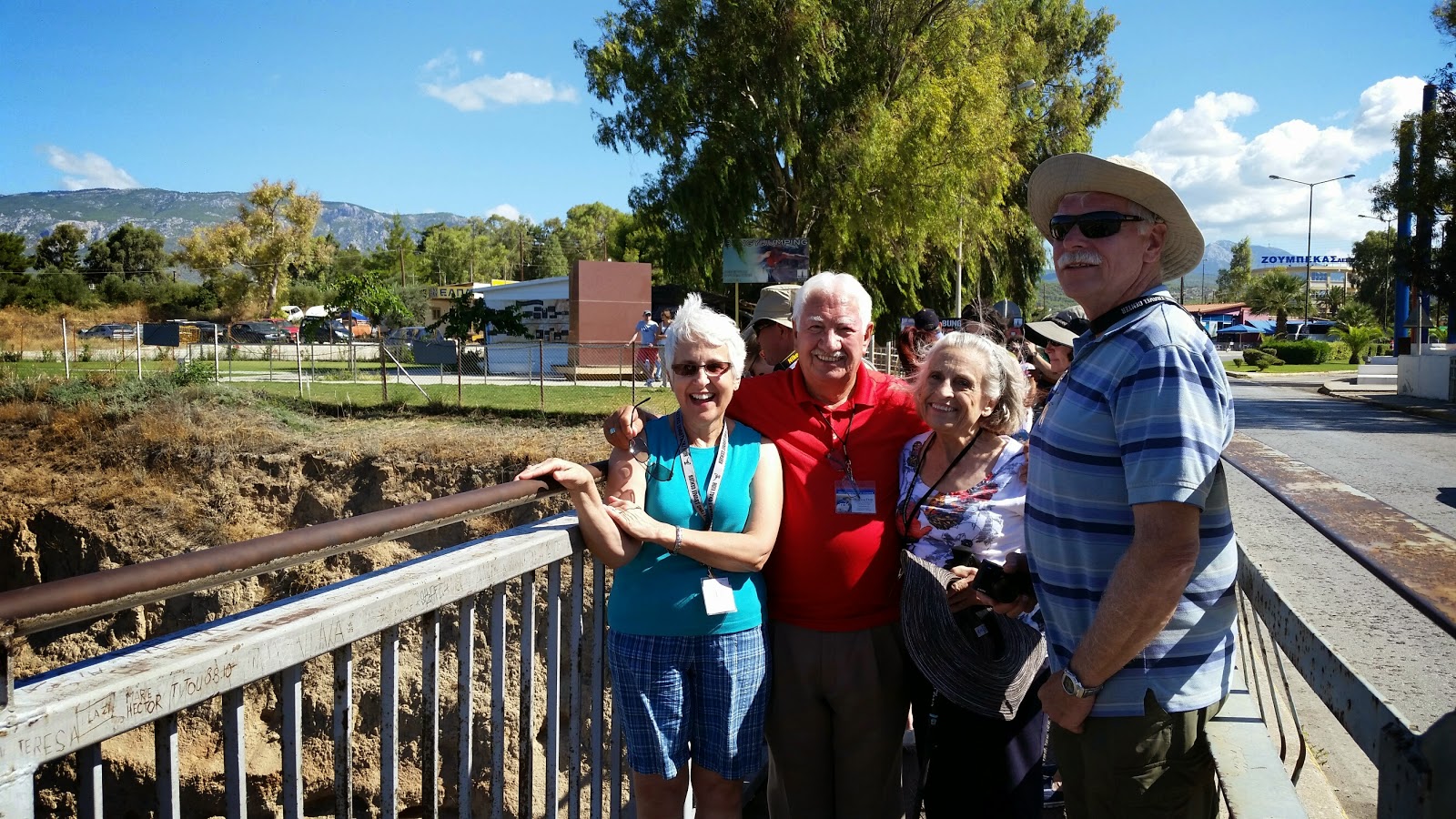 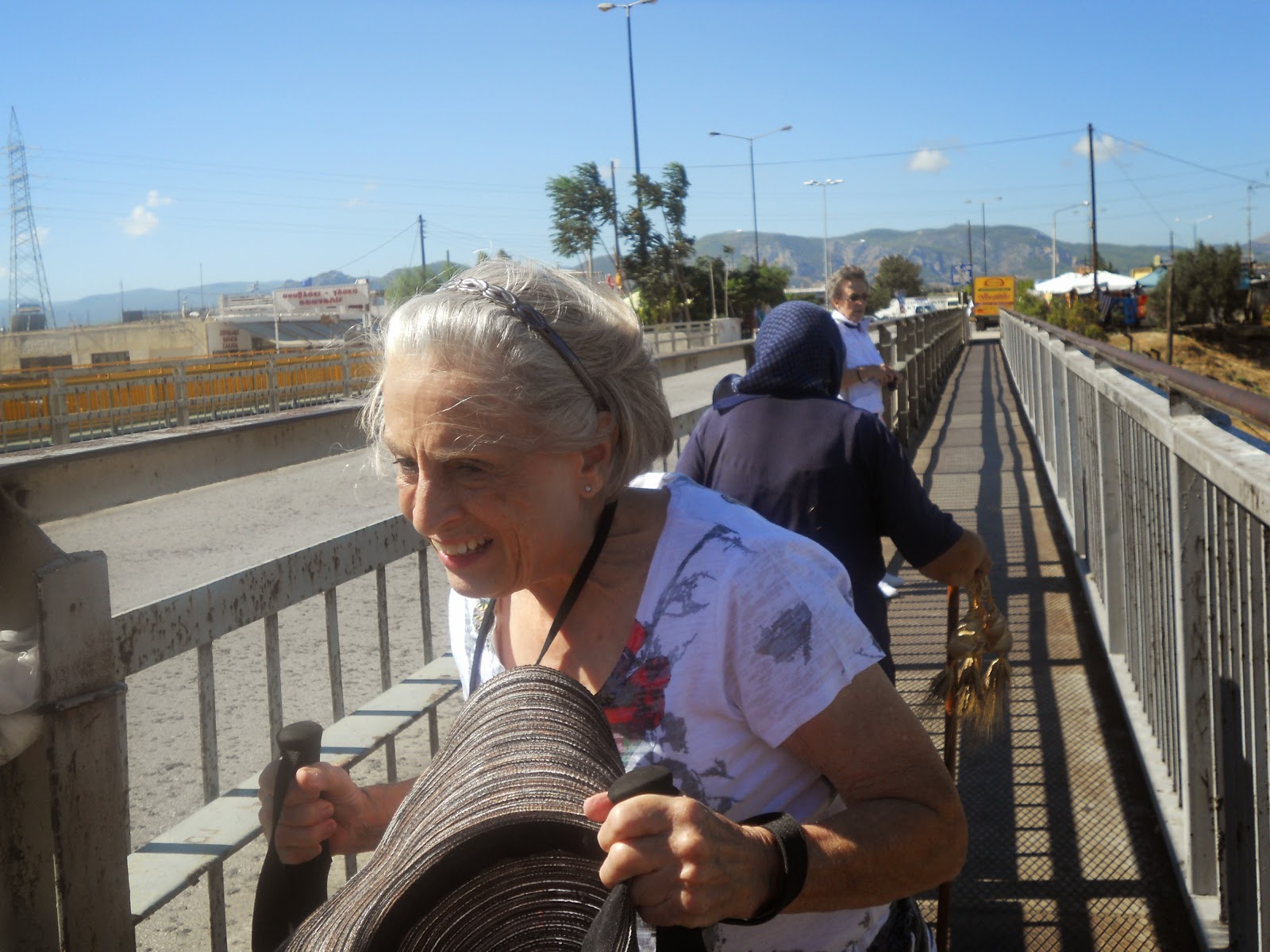 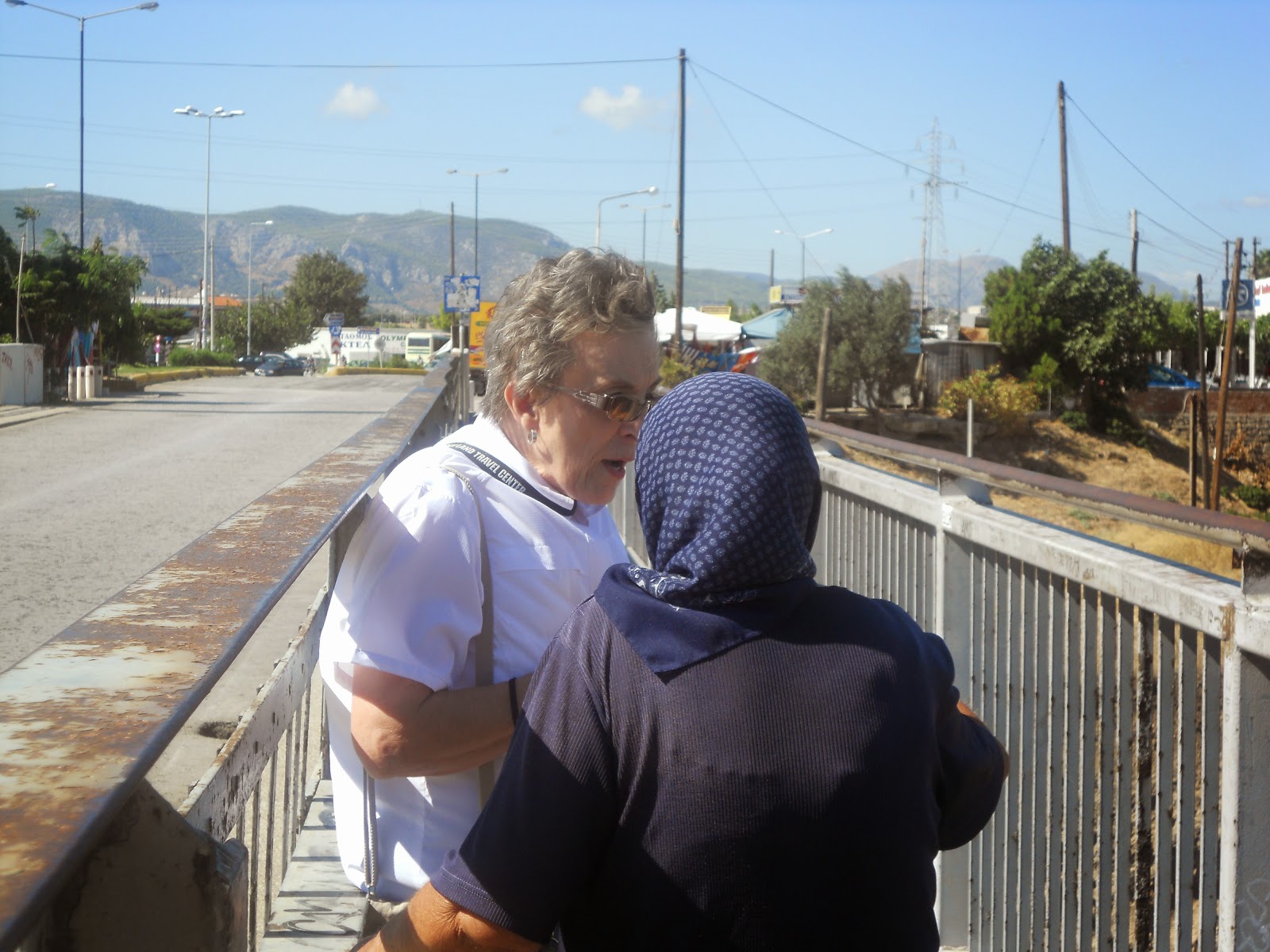 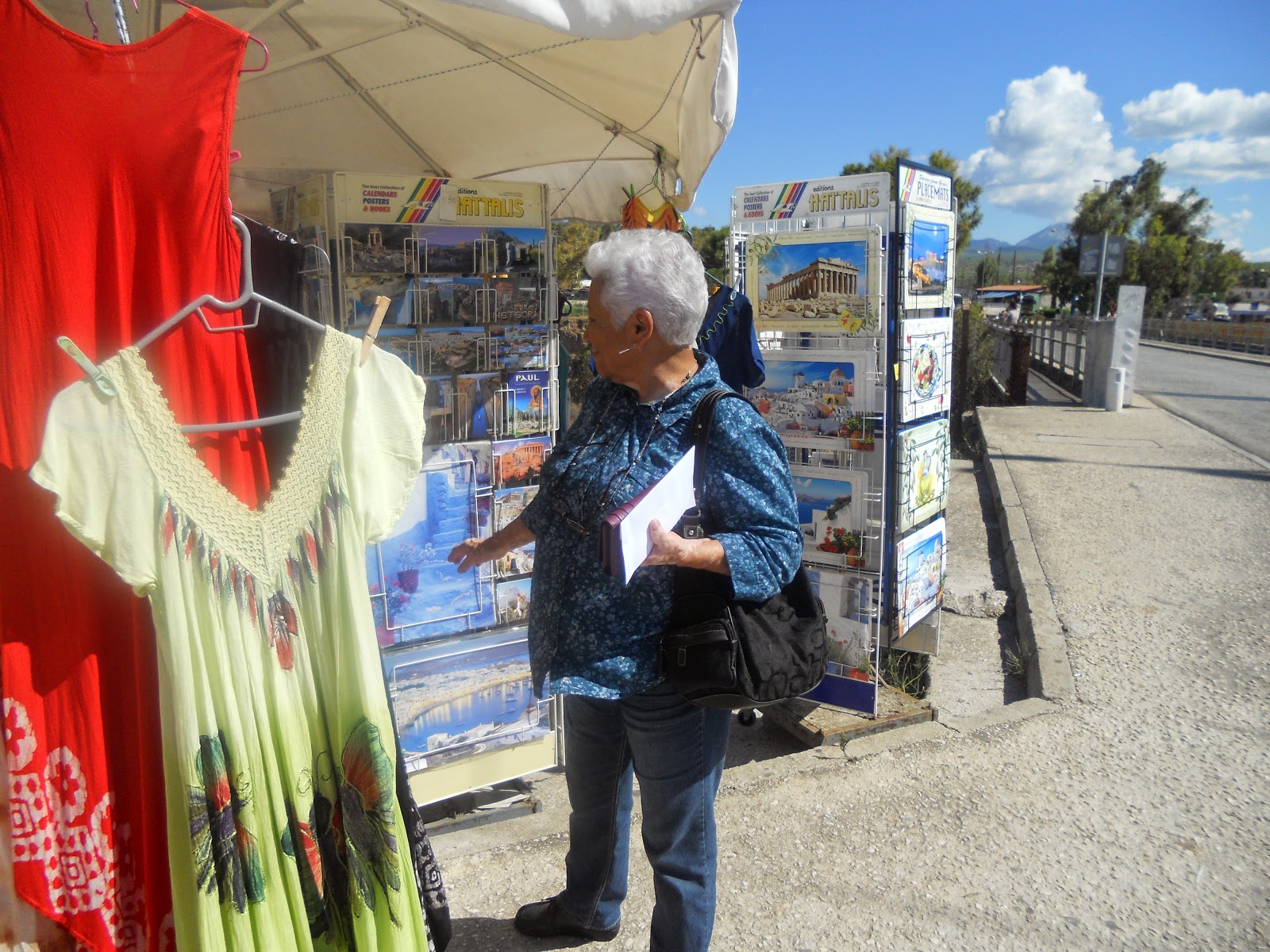 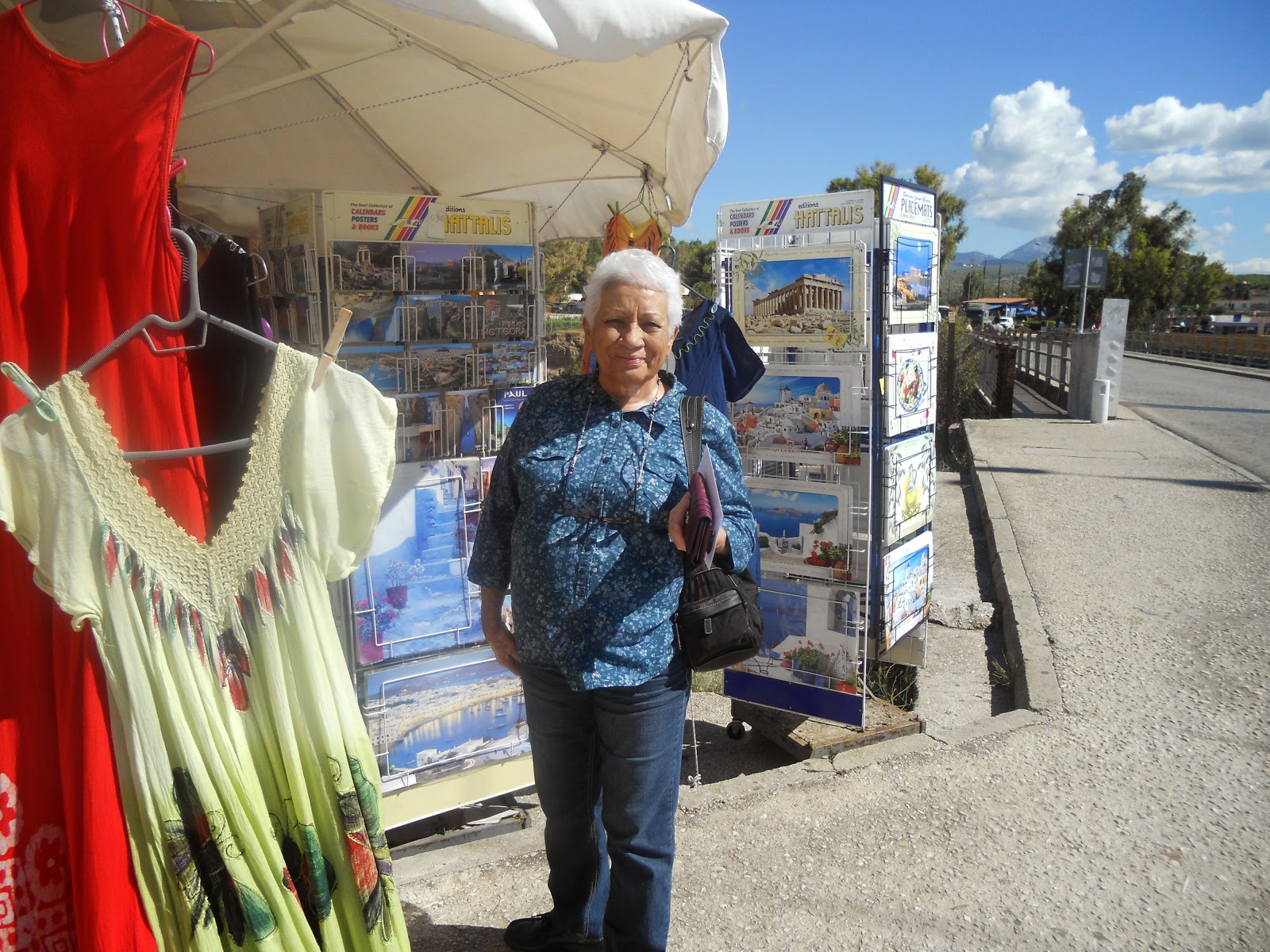 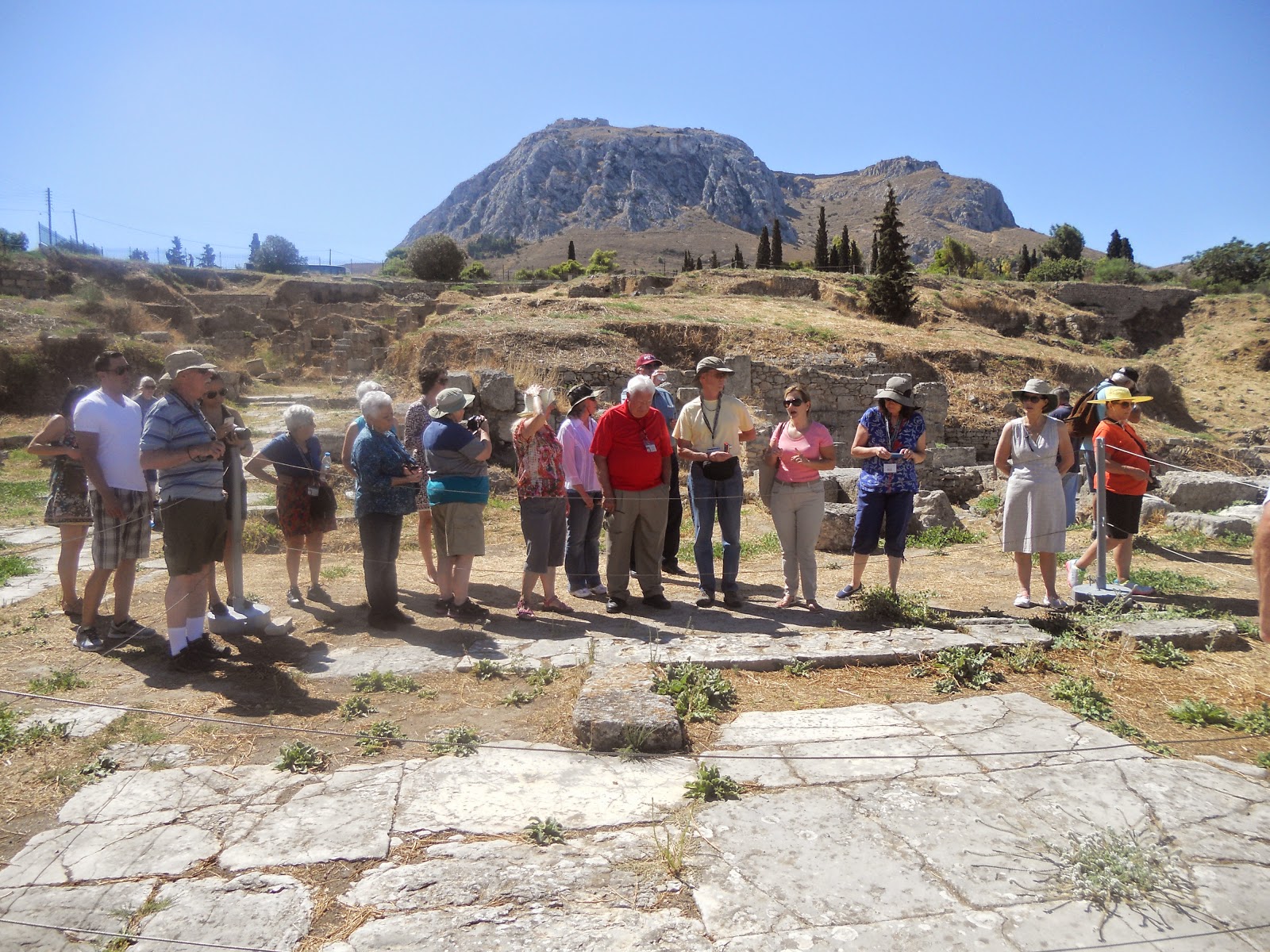 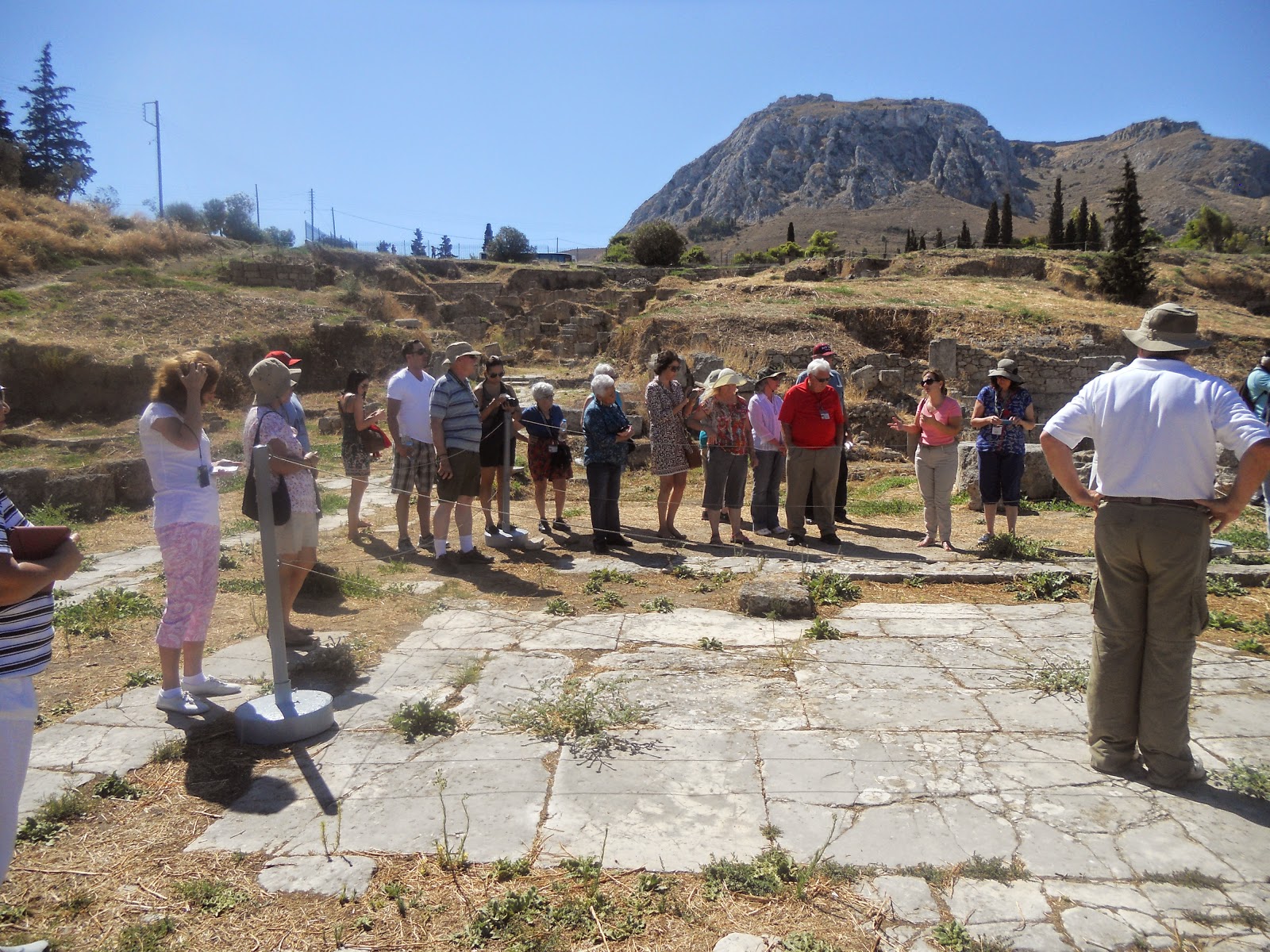 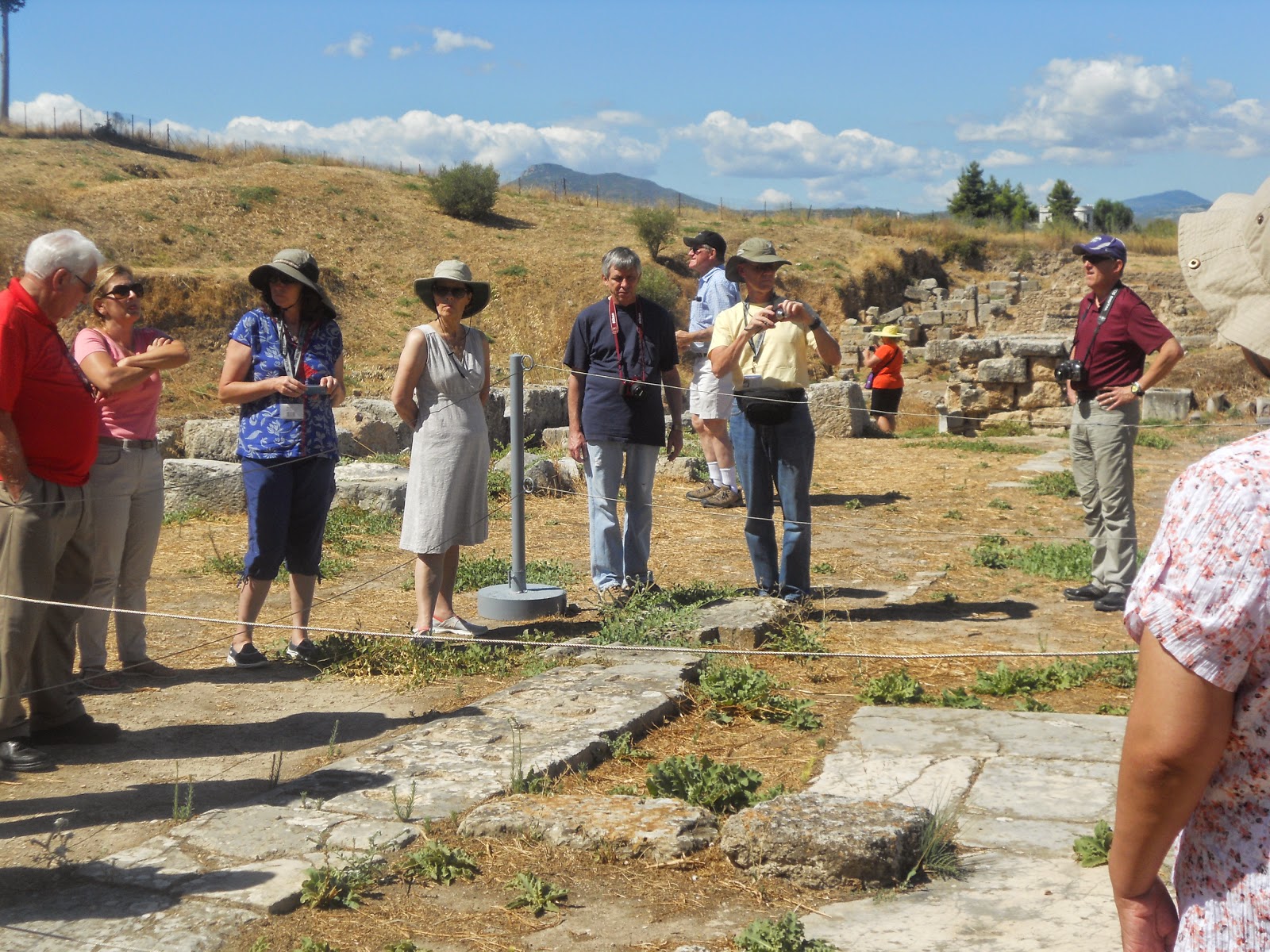 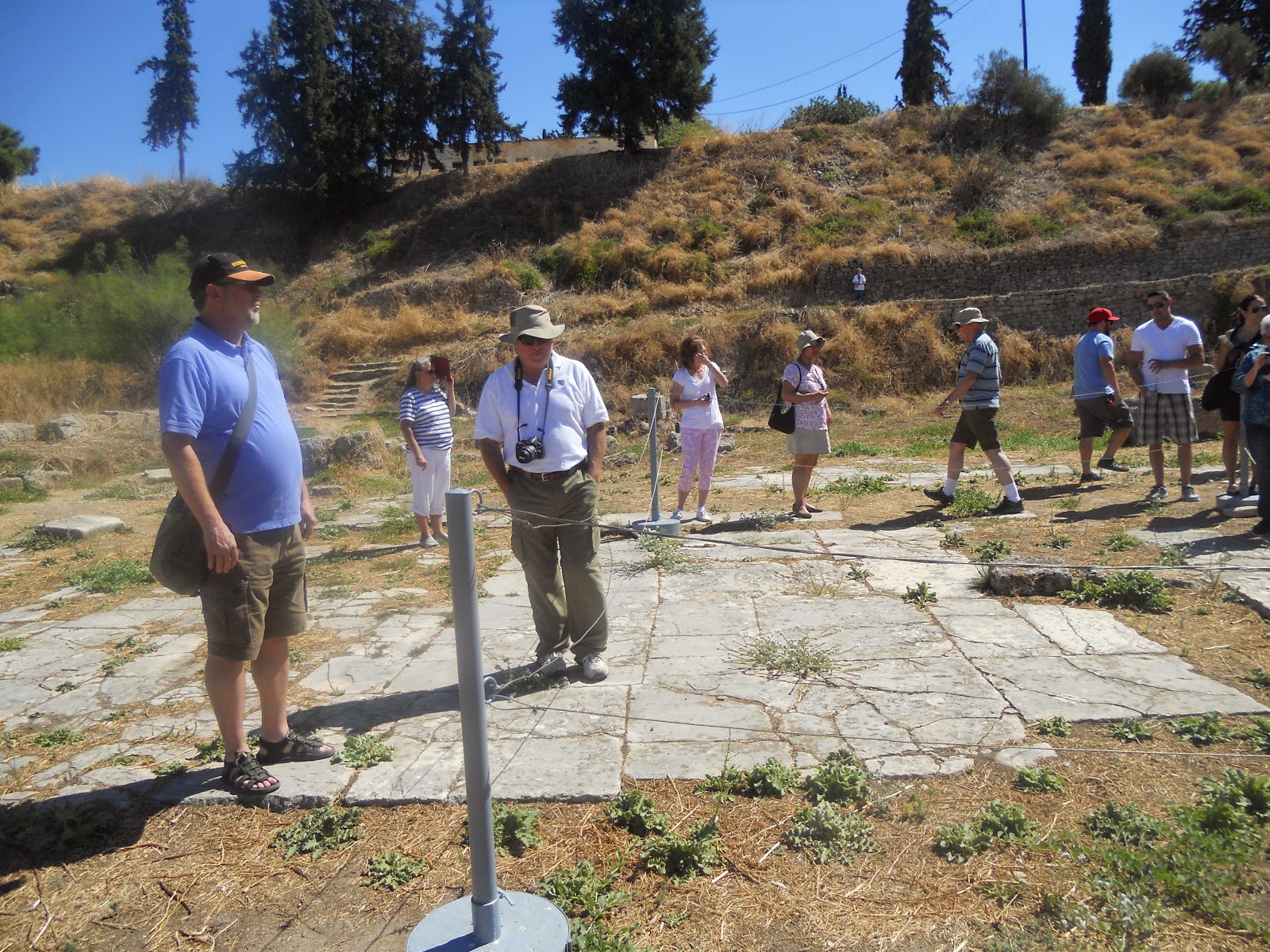 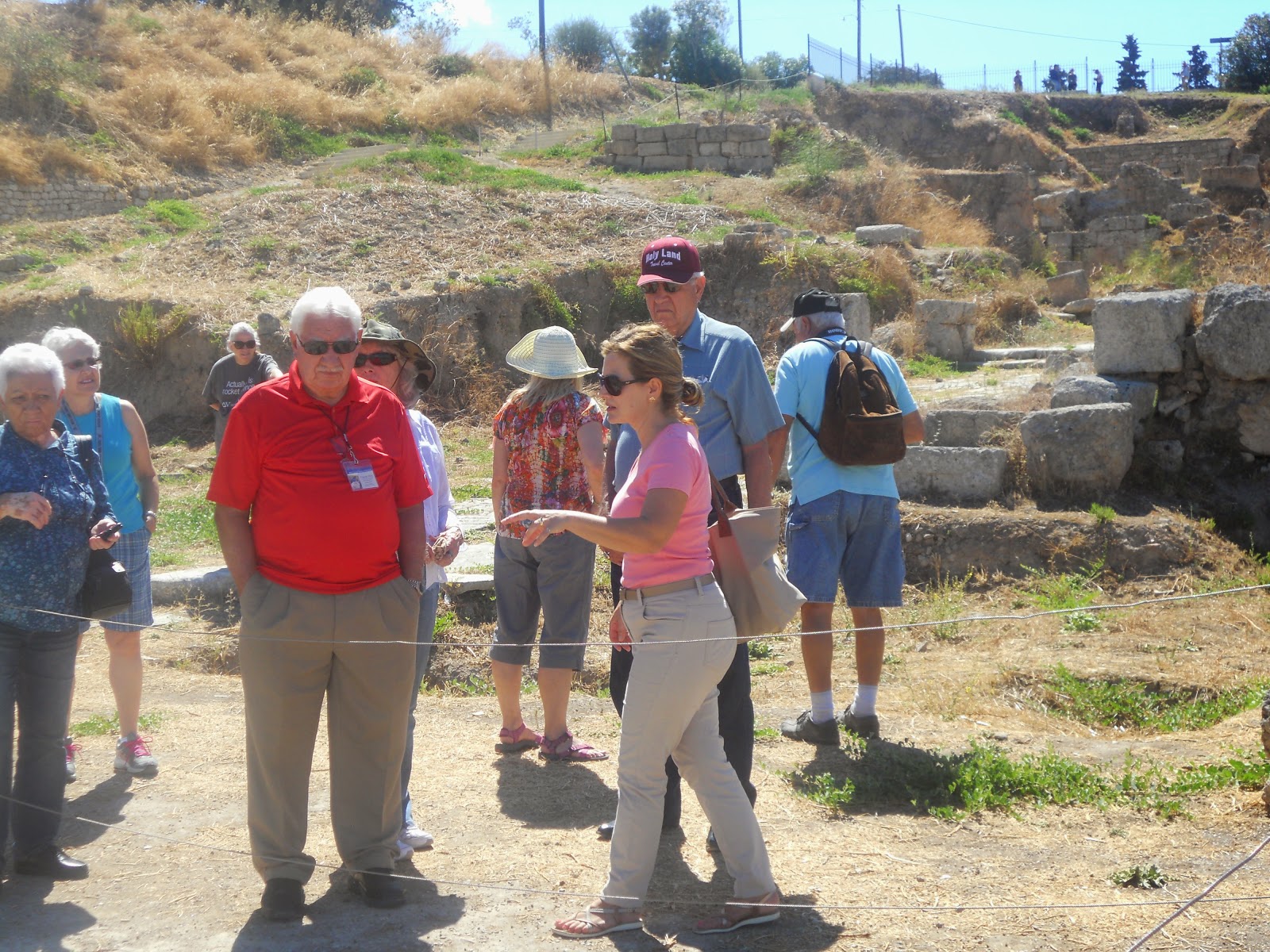 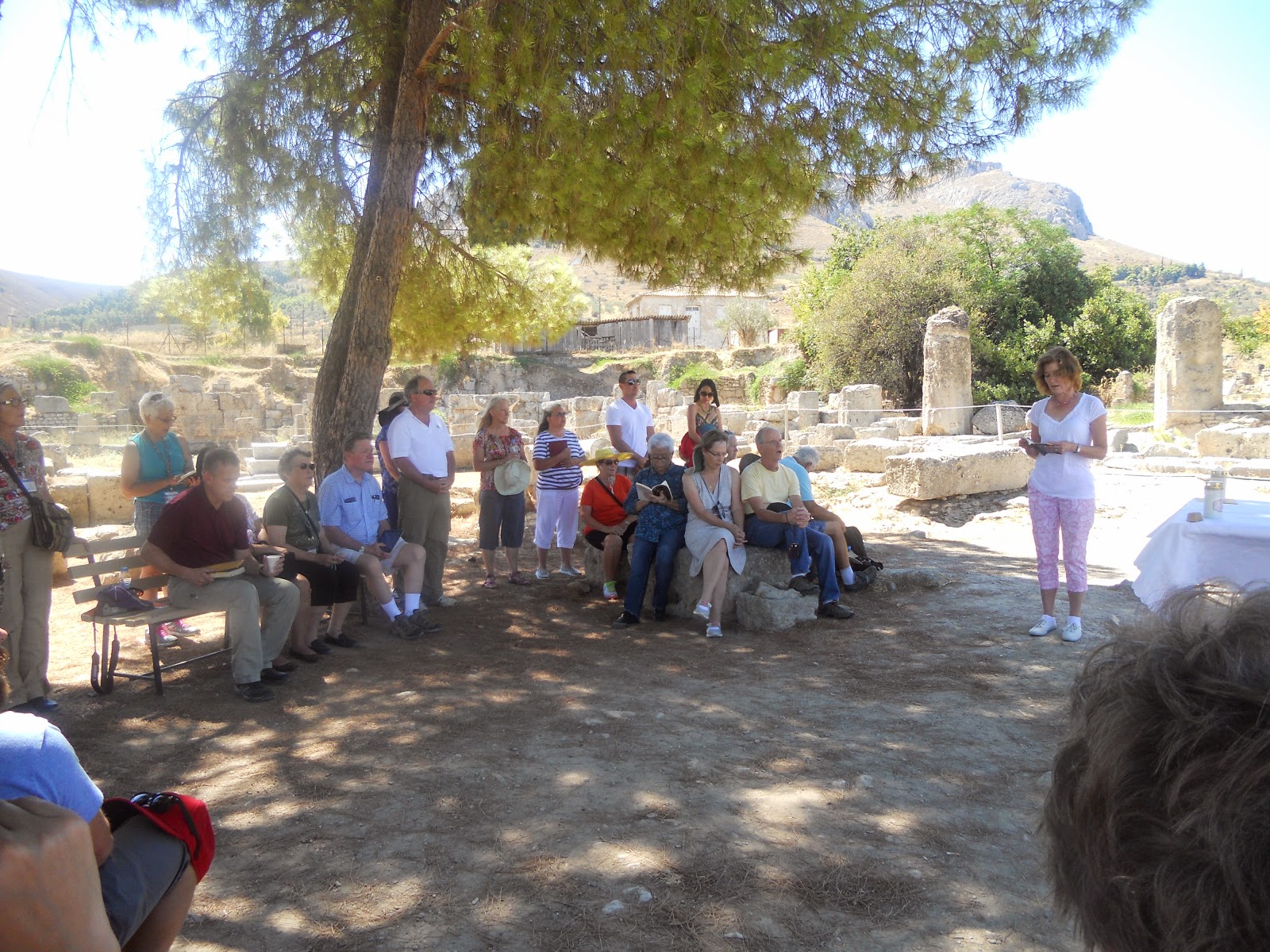 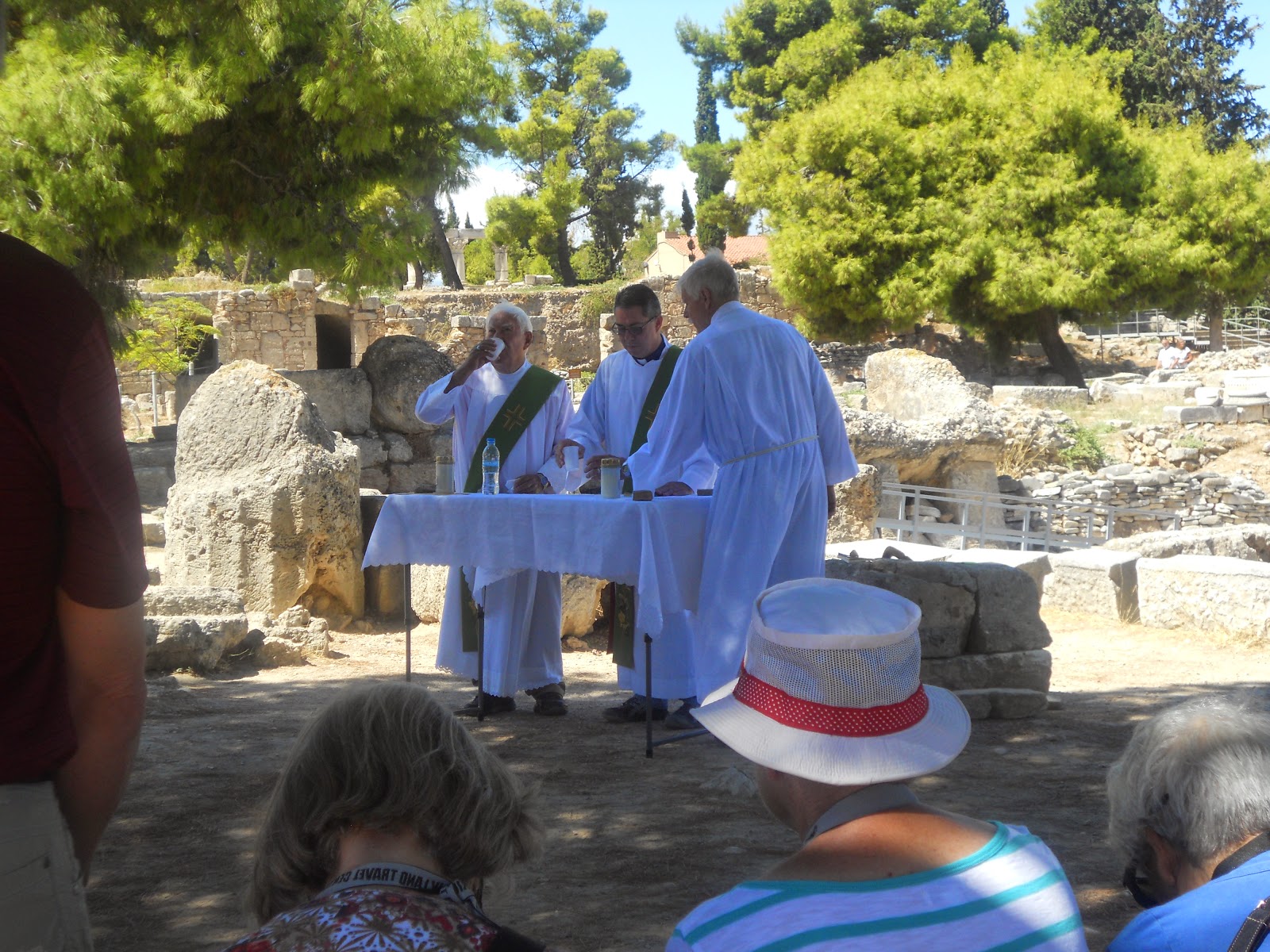 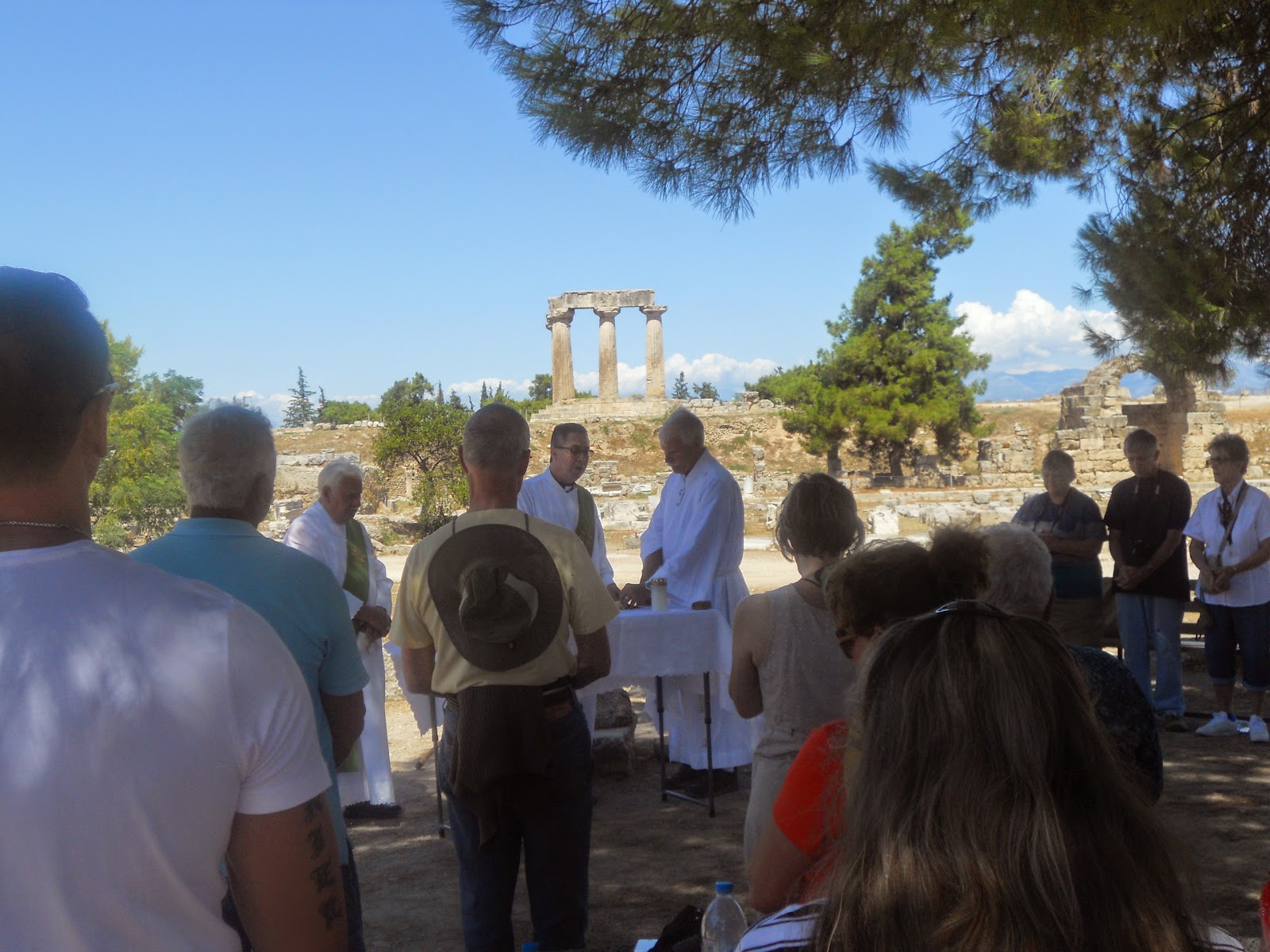 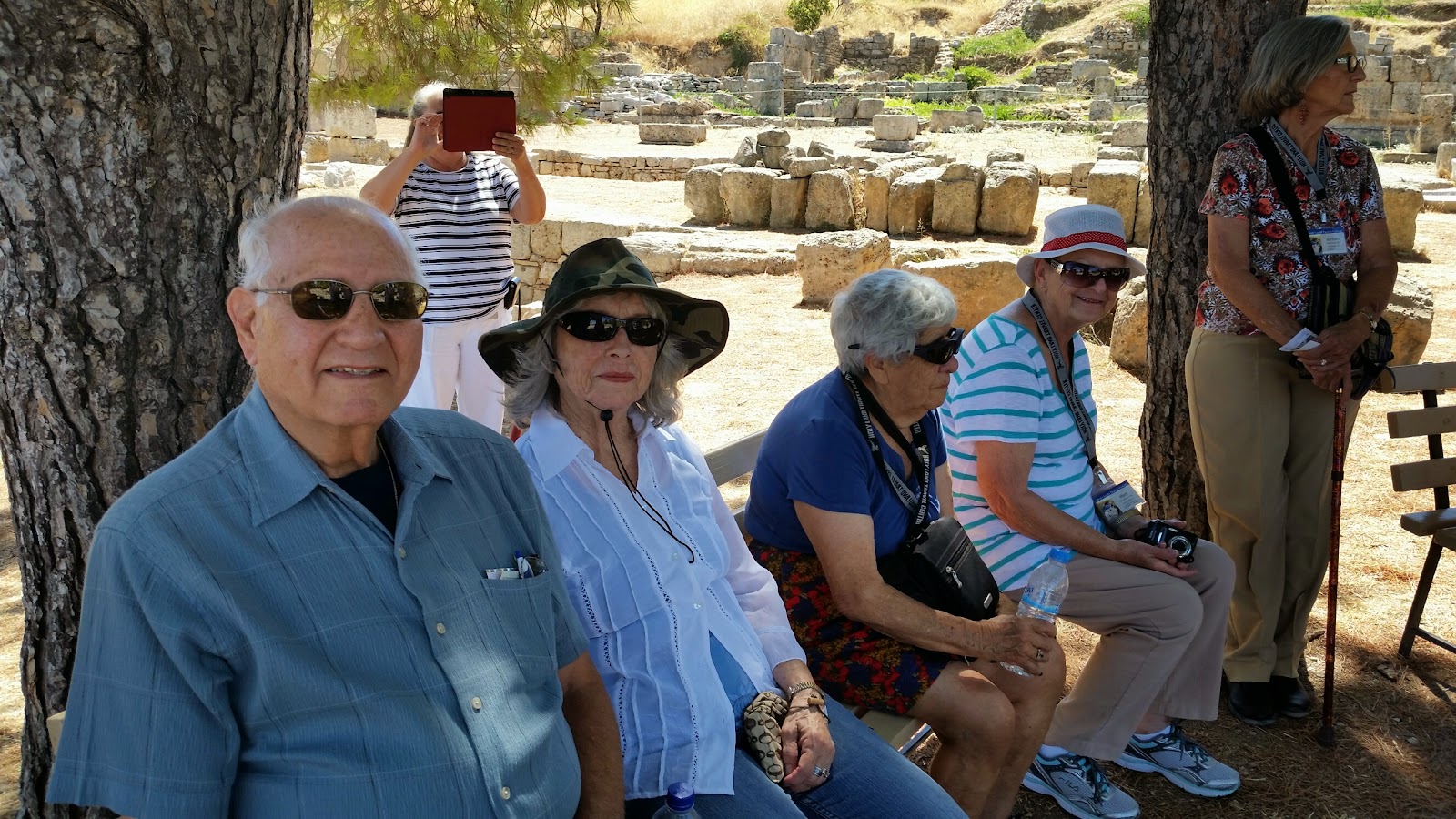