Day 3: Back in time to the Acropolis 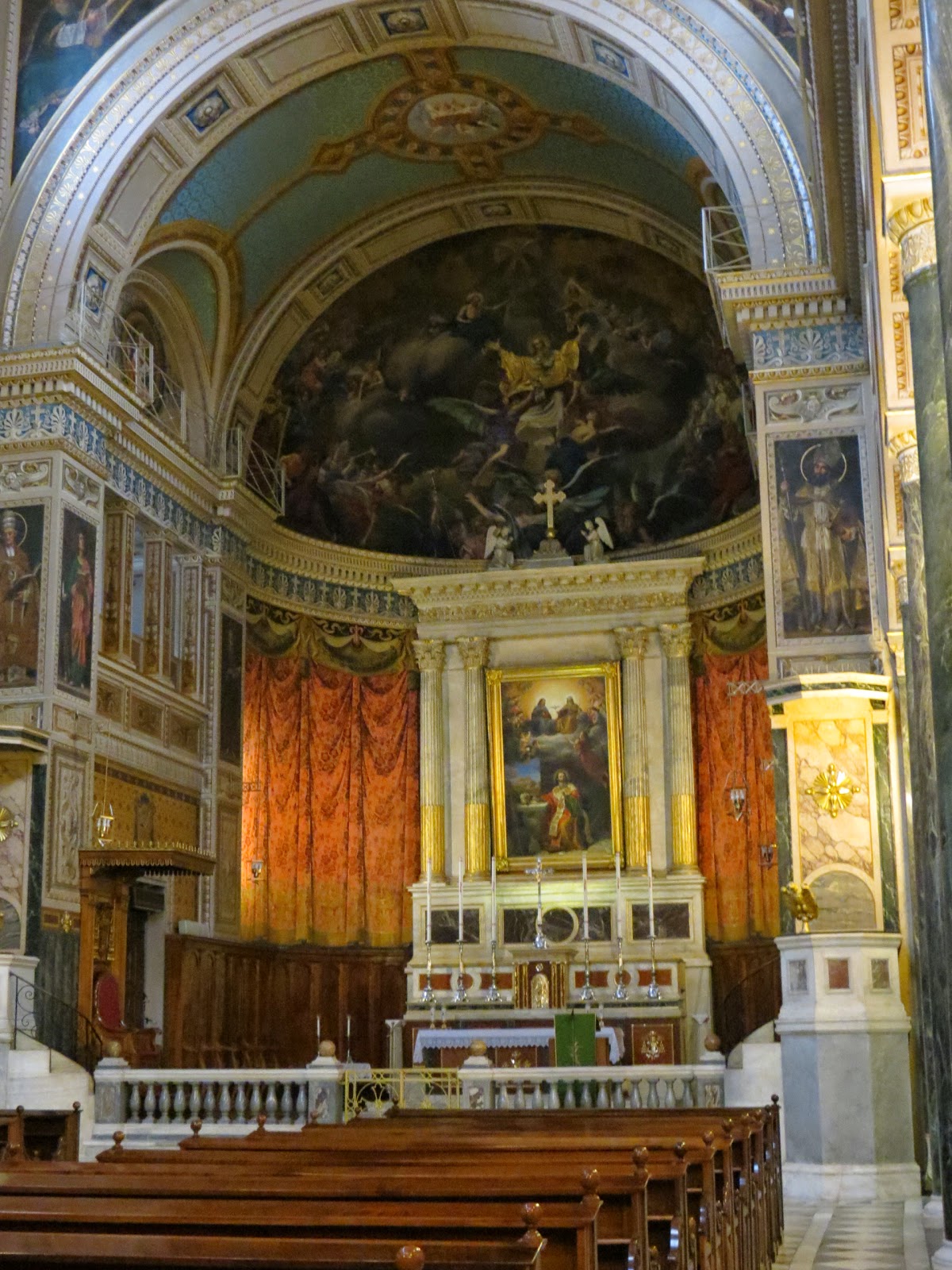 Today, our first full day in Athens began with Mass at Church of St. Denis, named for Dionysious, who heard the Apostle Paul speak and was the first to convert to the new Christian religion.  After a beautiful Mass, led by Fr. Anthony, Deacon Don and Deacon John, we traveled through Athens, seeing several famous building and sites along the way to the Acropolis.  Among the sites, were the Academy of Athens (similar to our National Academy of Science), the Athens University History Museum (the Old University), the National Library, the Old Parliament Building and many other sites.  We also stopped at the Palace of the Royal Family and witnessed the changing of the guard in front of their tomb of the unknown soldier.  It was a much different ceremony from the one at Arlington National Ceremony, but very moving nonetheless.

We saw the Temple of Zeus, the largest temple ever built.  It was never completed and now only 16 of the original 104 columns remain.  Another stop included the stadium of the first modern Olympic Games, built in 1896.  This stadium is where the Olympic flame travels from Olympia, Greece on its way to wherever the games are being held for torch lighting ceremony.  This 60,000 seat stadium is also where they finish the annual Olympic marathon here in Athens.

The final stop of the morning was the Acropolis, built as a fortress to protect places of worship and royal palaces.  What a fascinating site with ruins from buildings first started as early as 12th century BC.  They were reconstructed in the 5th century BC and many of the ruins still exist today, including parts of the Parthenon, a temple to Nike, a theatre and others.  As we were there, church bells from below the Acropolis rang, signifying the Angelus.  What a beautiful reminder of Christ's presence in our life and in this world from the earliest of times.

After relaxing this afternoon, we joined together again to enjoy a traditional Greek dinner, complete with dancing and singing.  Little did we know that we had some stars among our group.  Chris represented us well during his dance duet.  A great day here in this ancient city.  Peace be with you all  as you continue to be in our daily prayers. 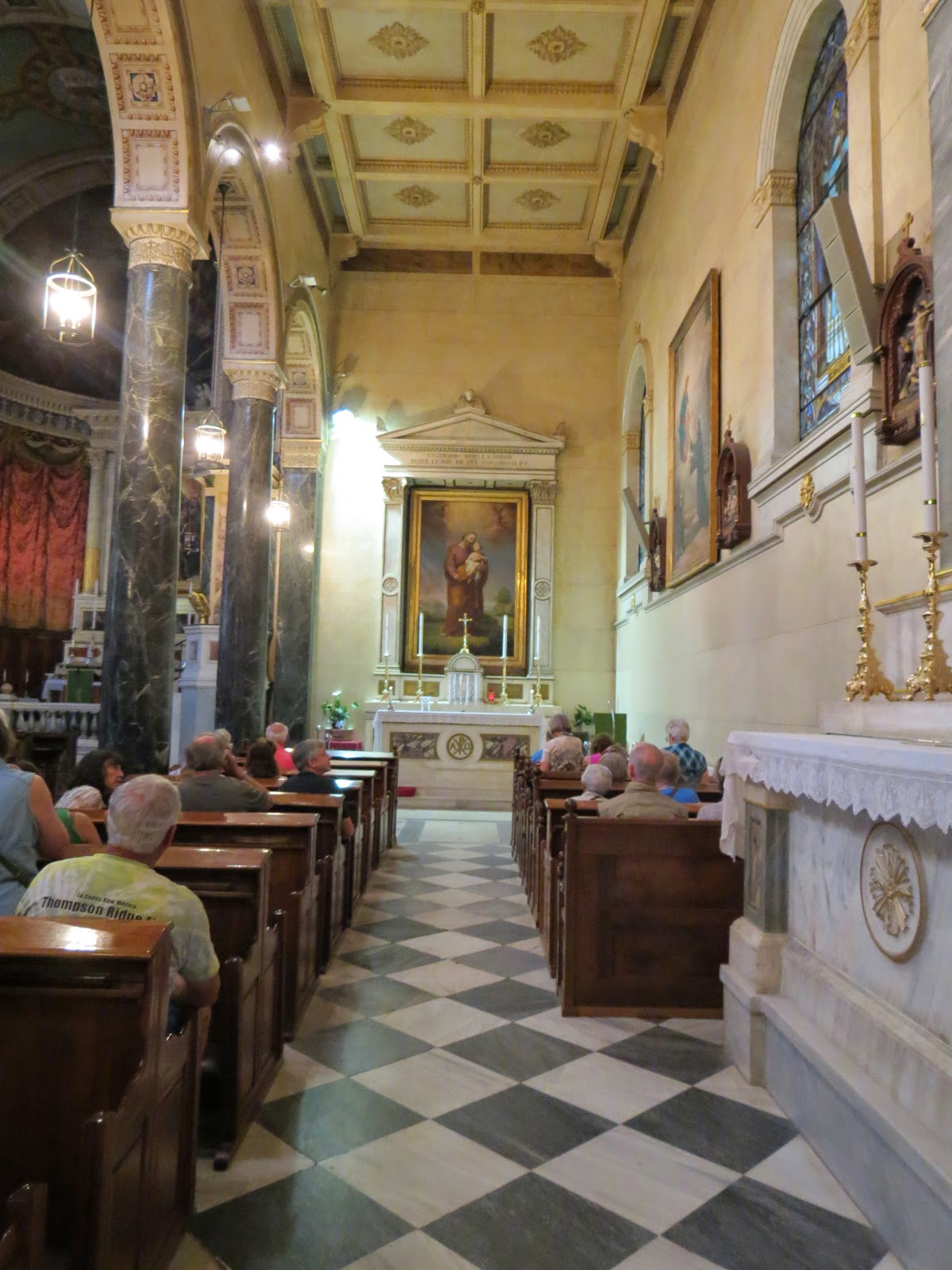 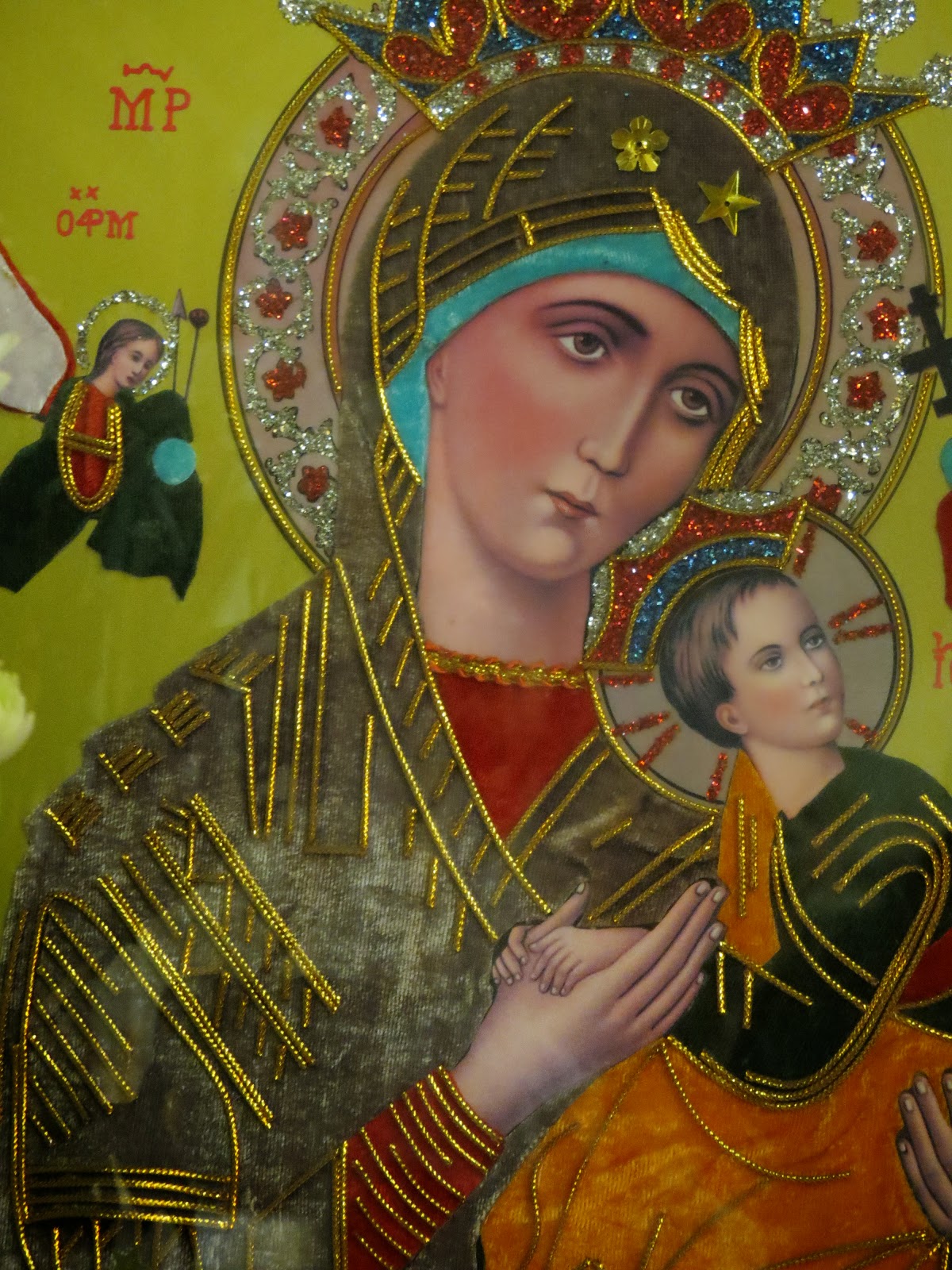 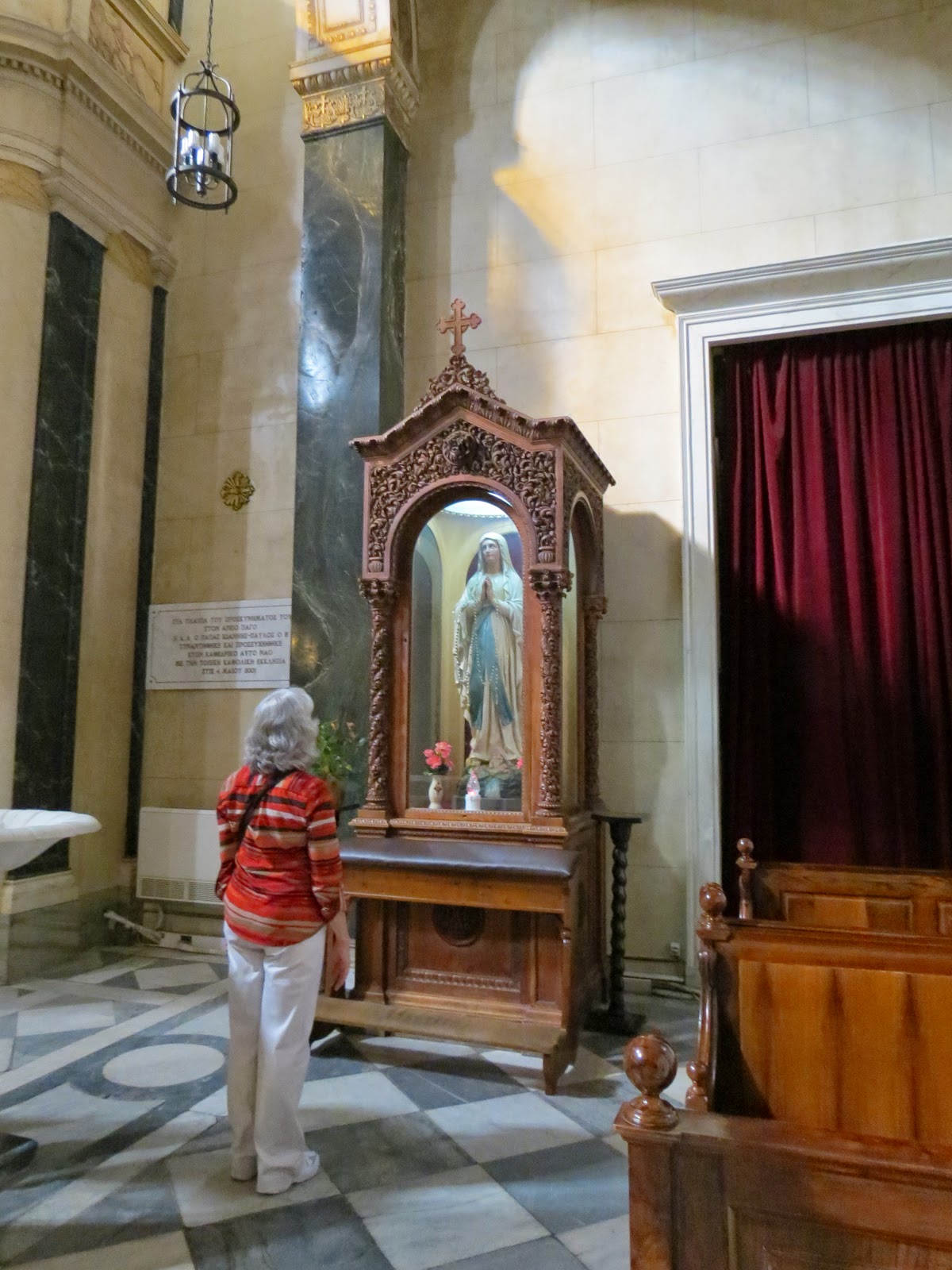 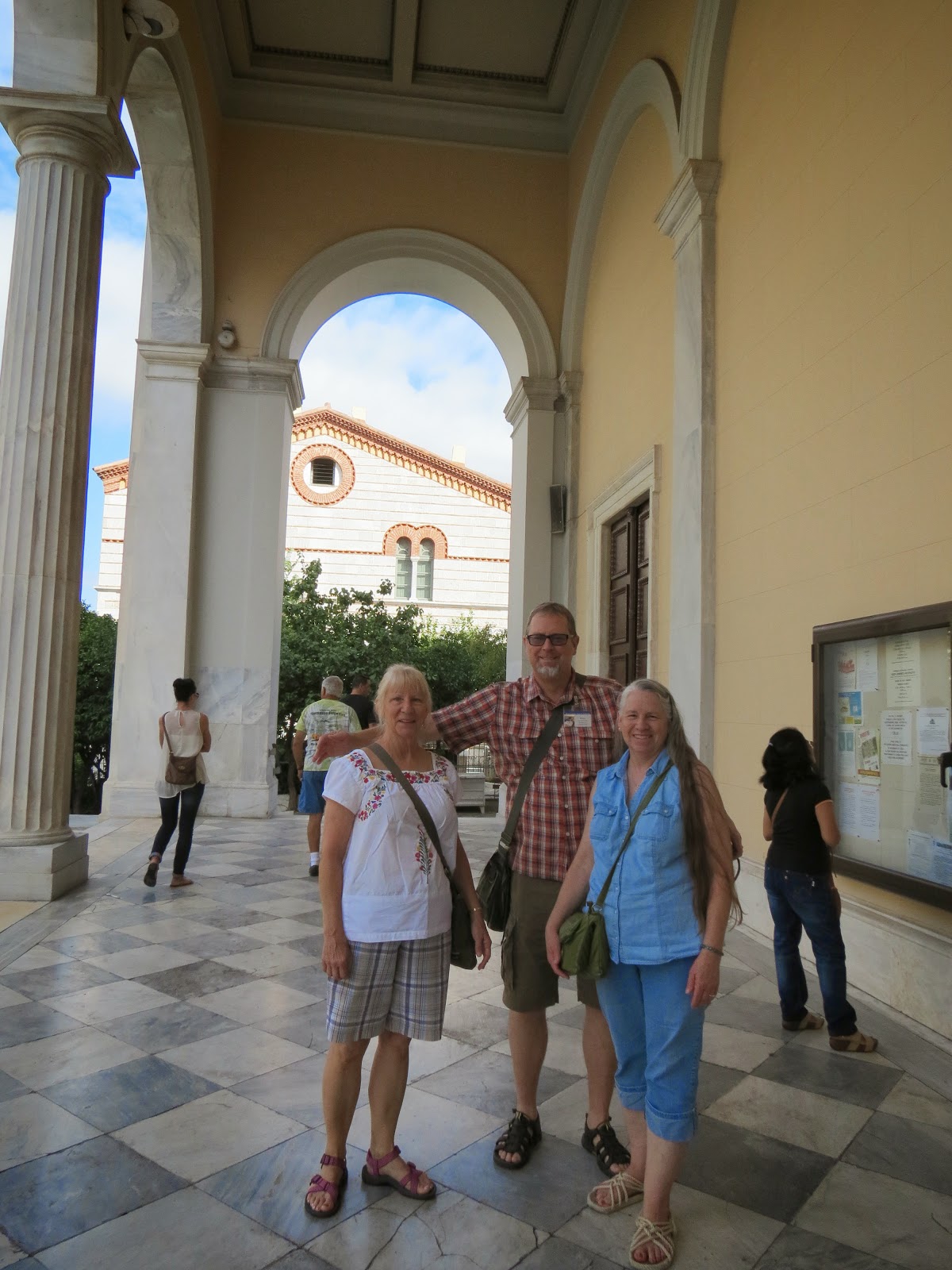 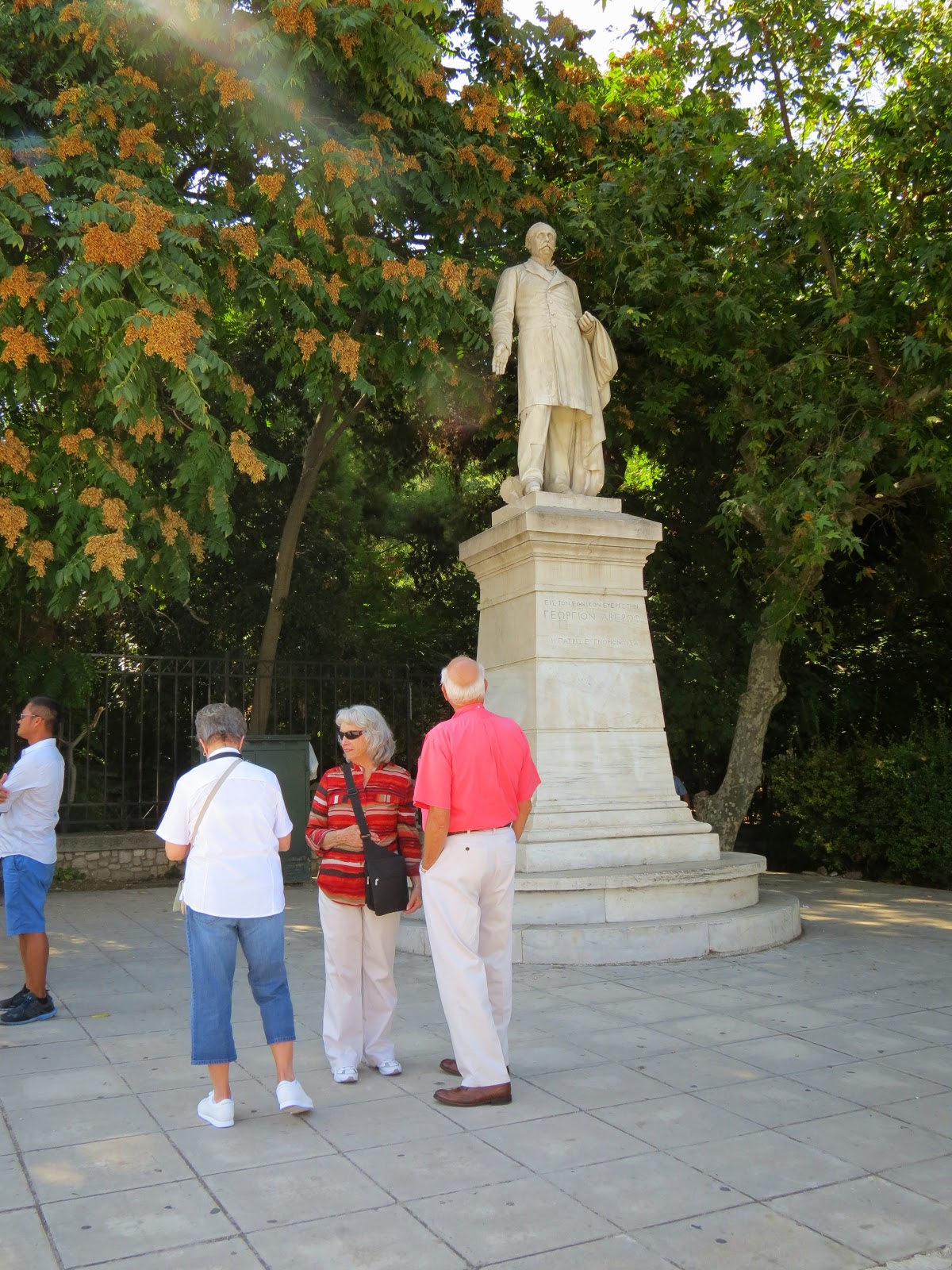 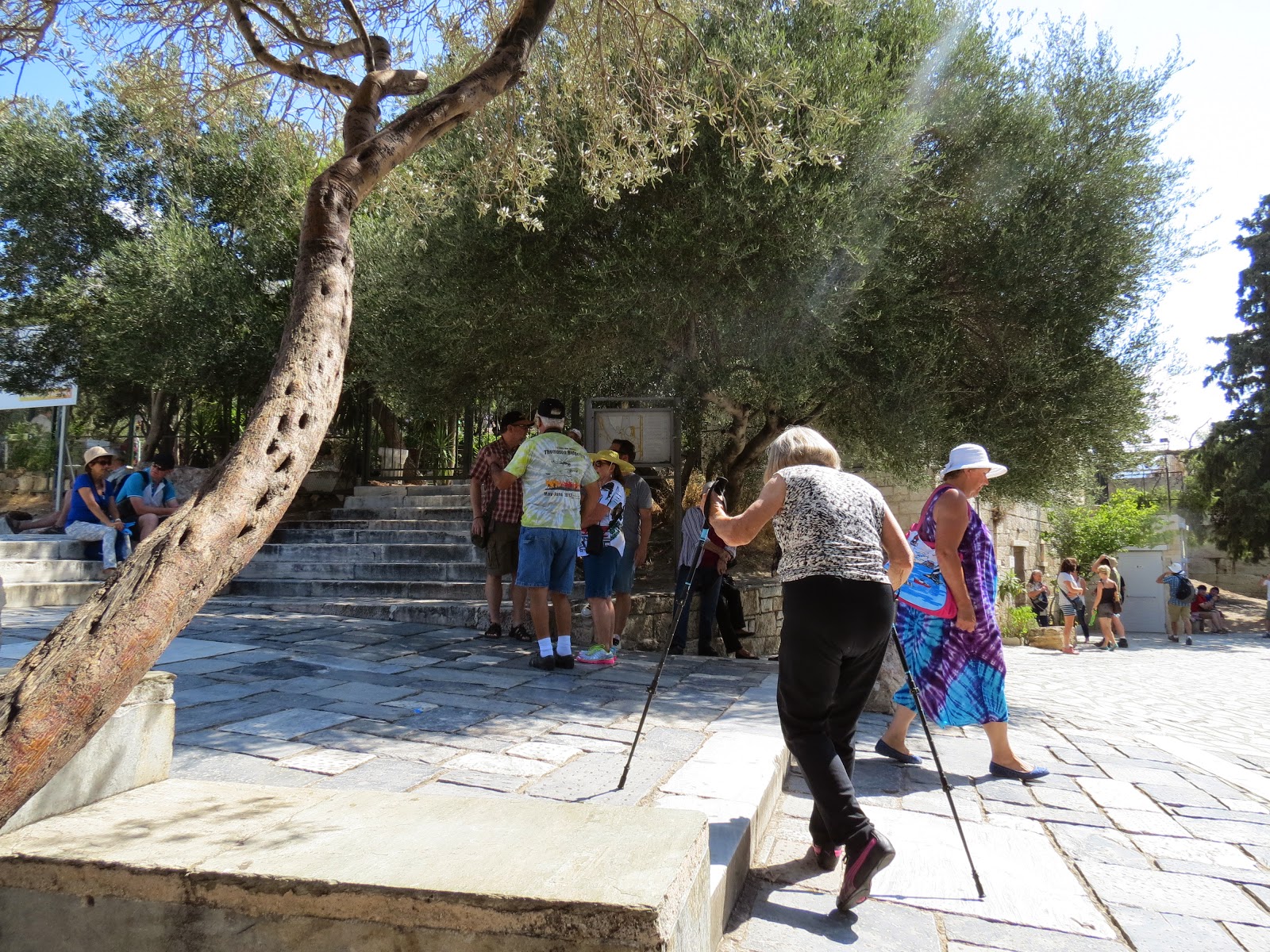 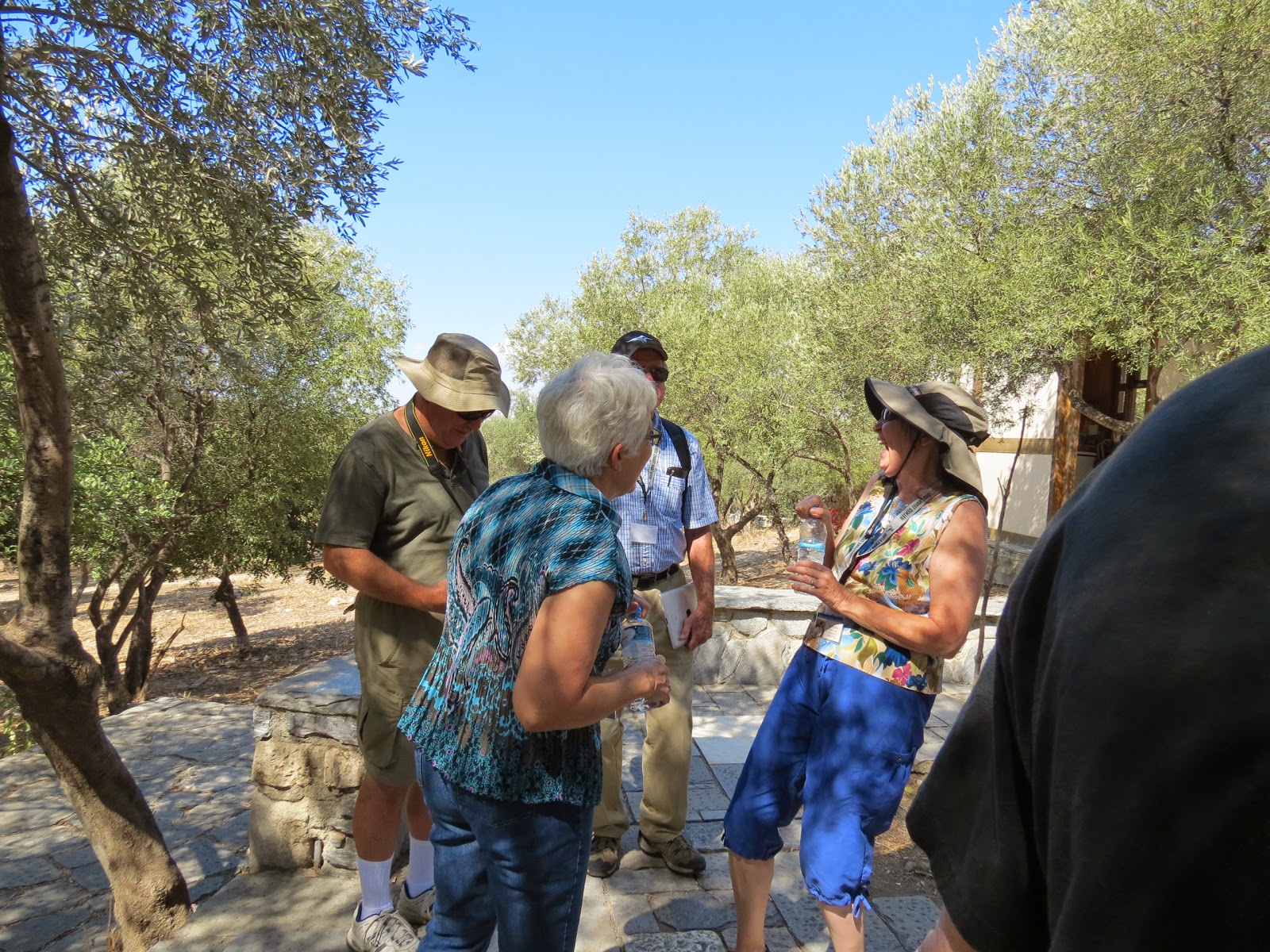 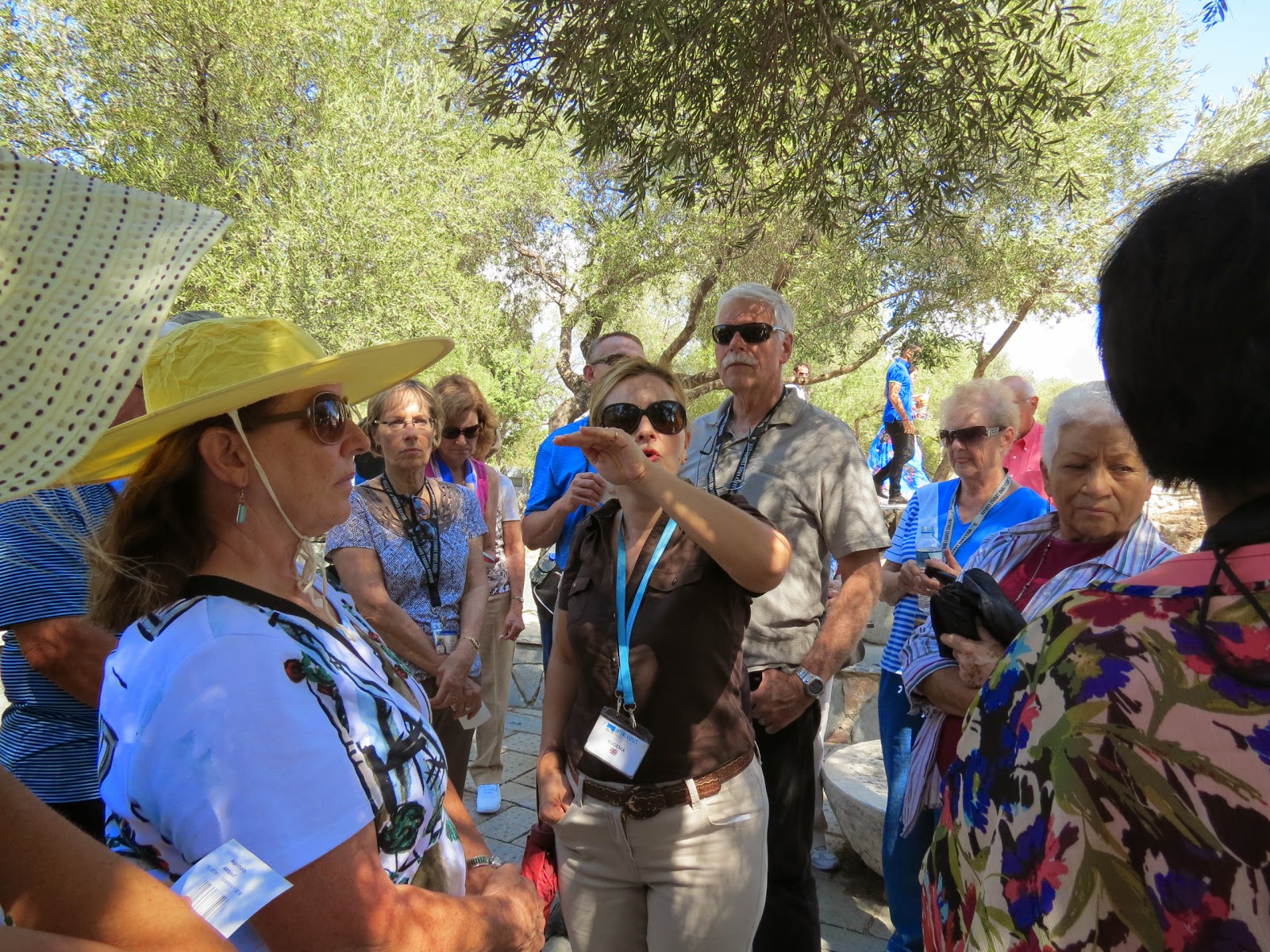 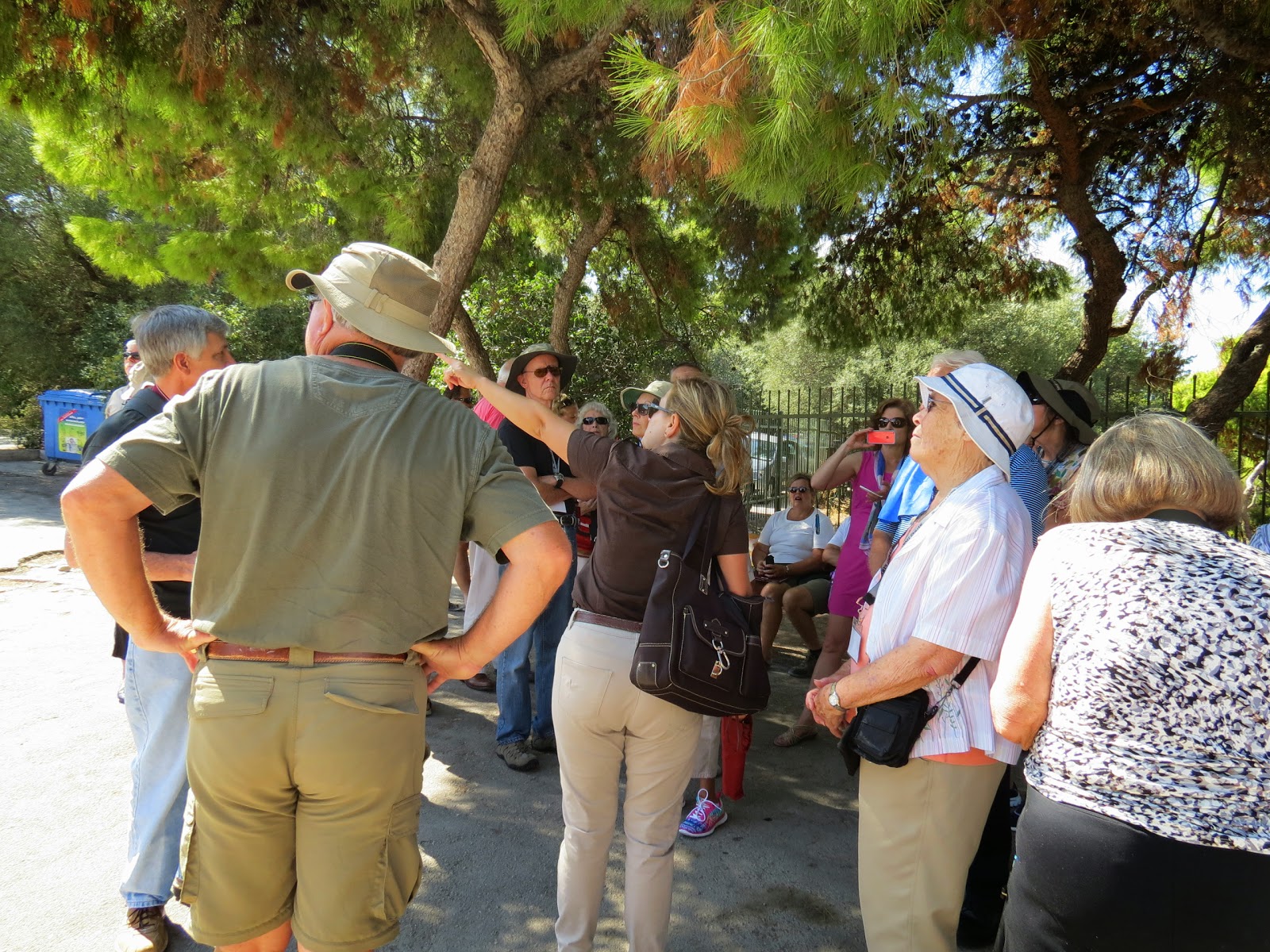 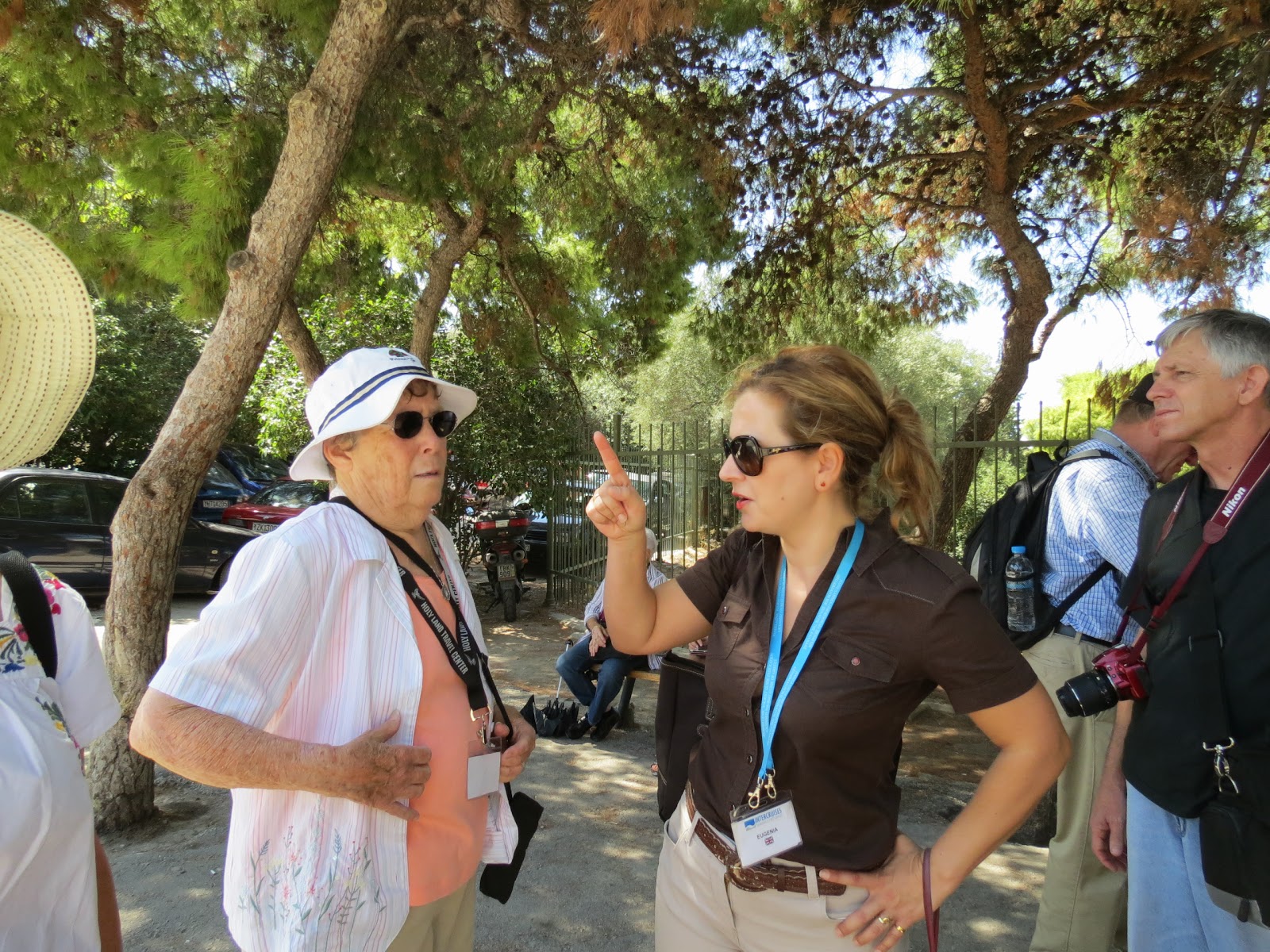 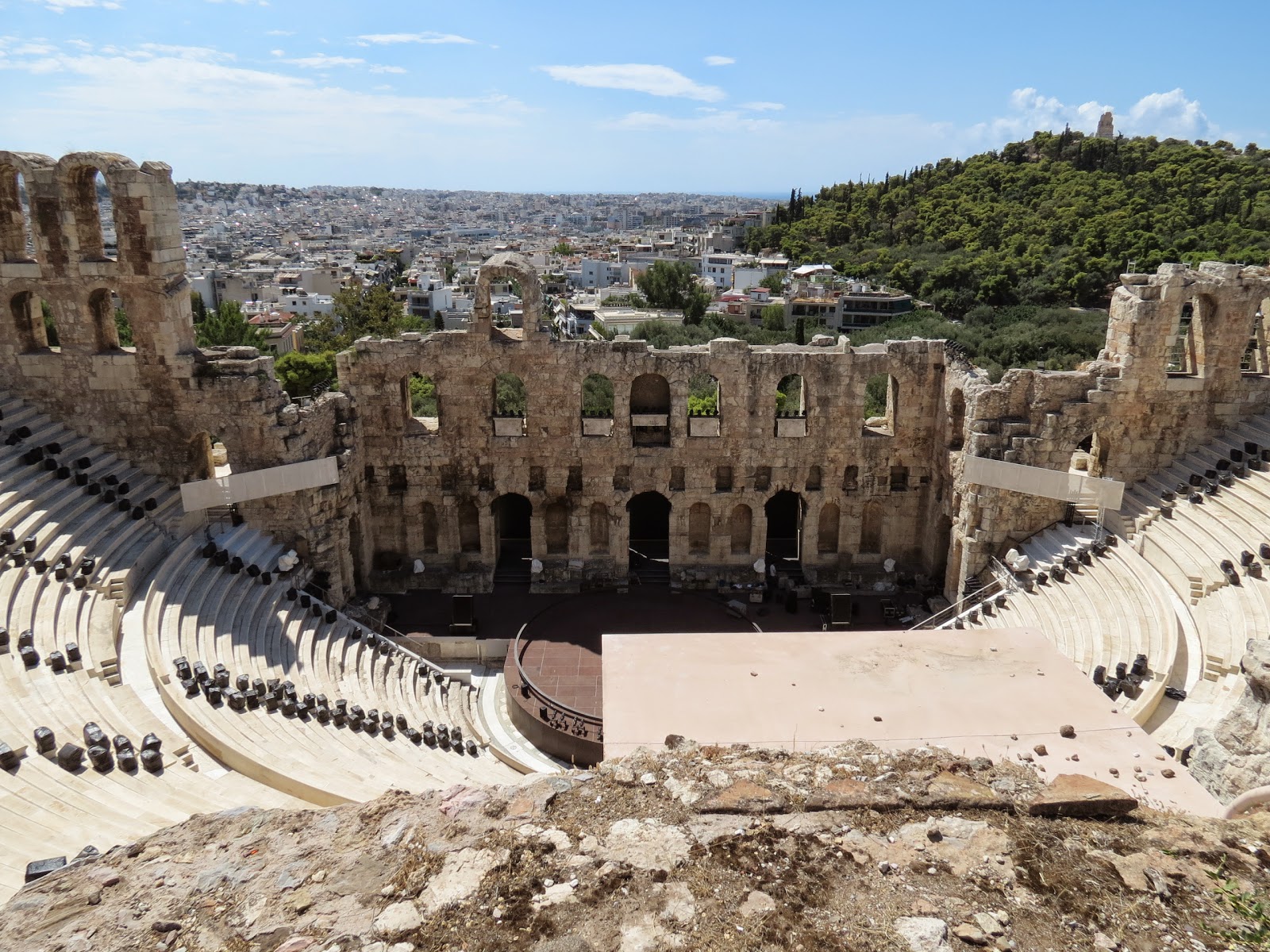 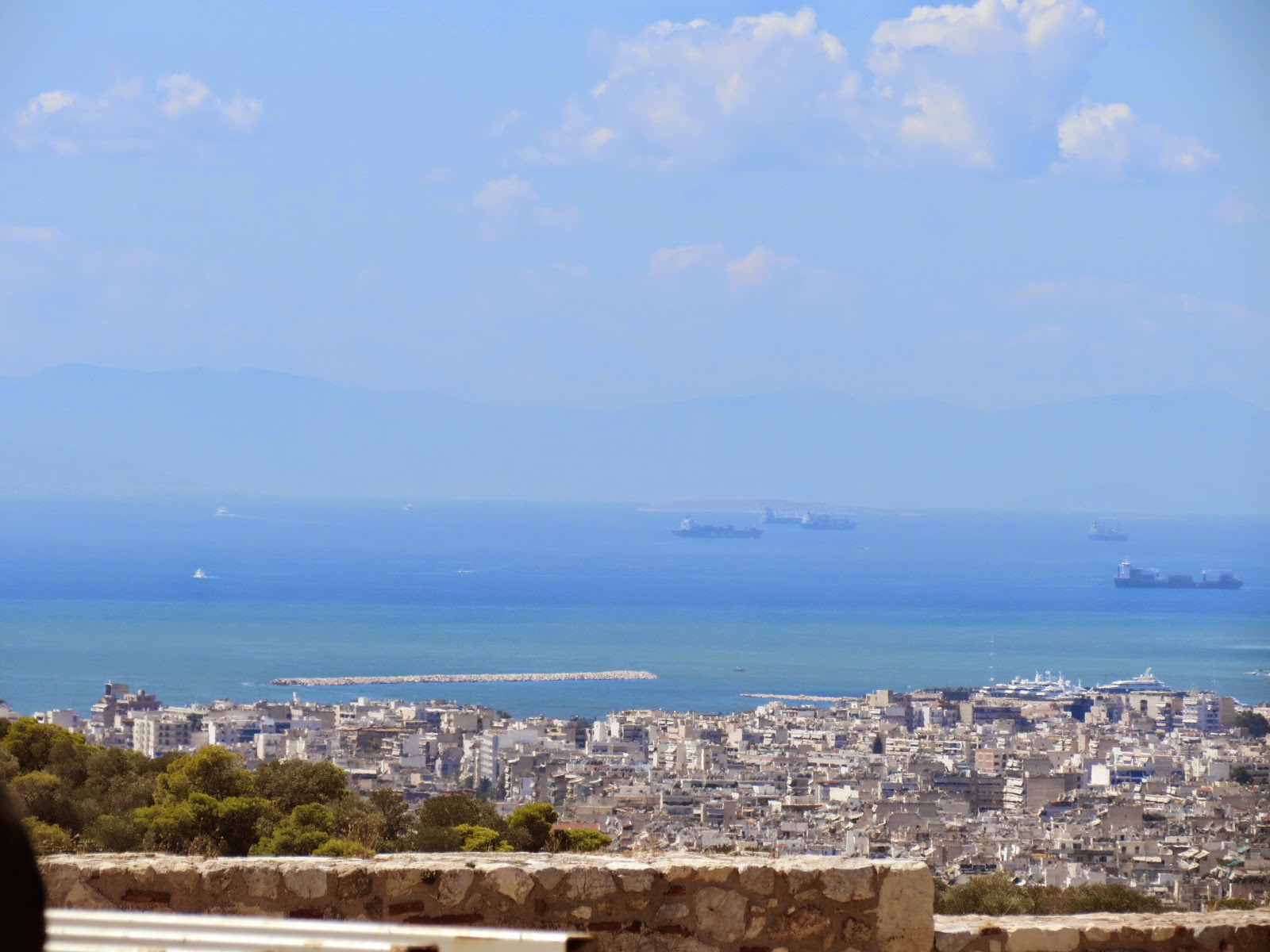 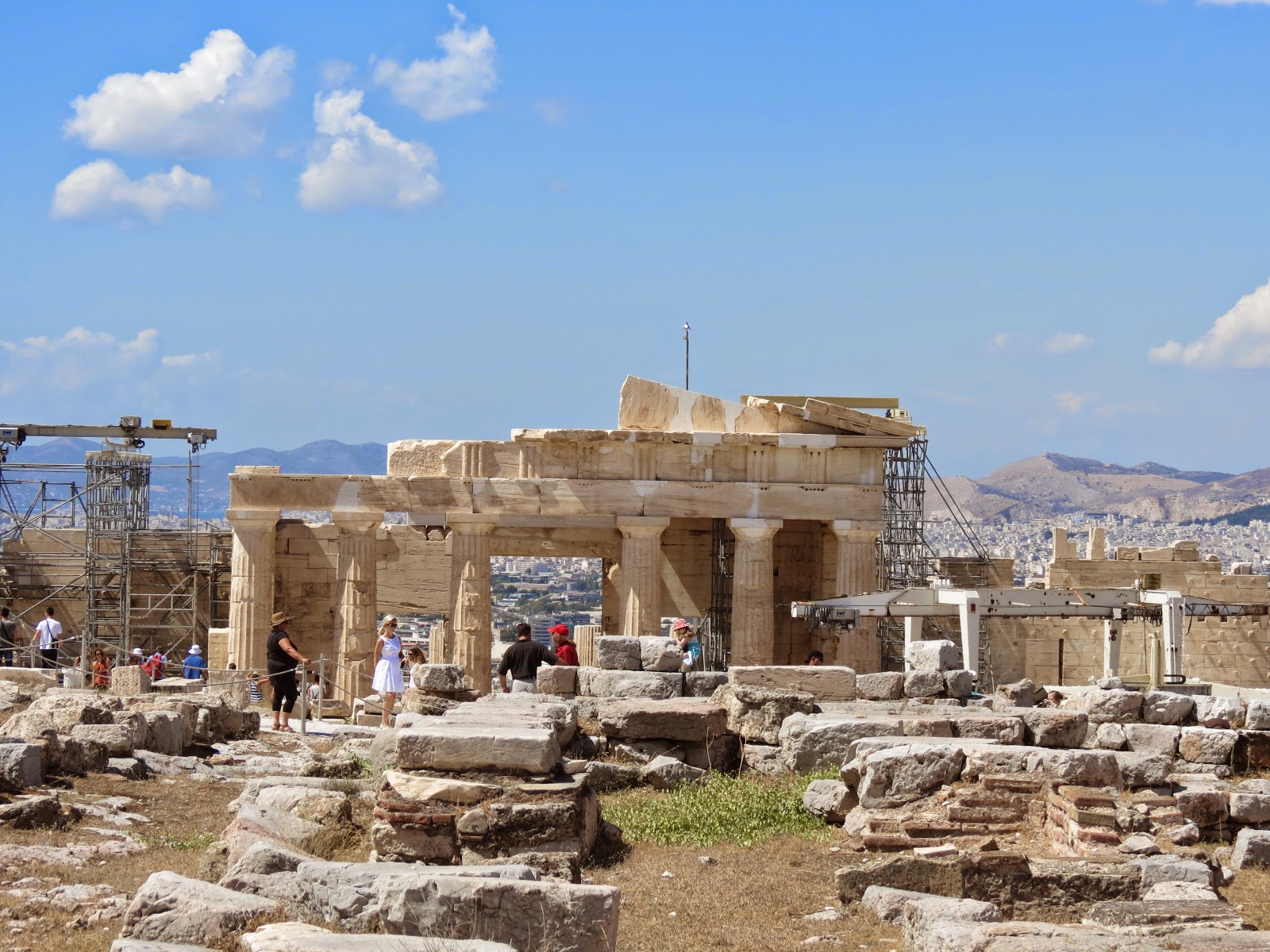 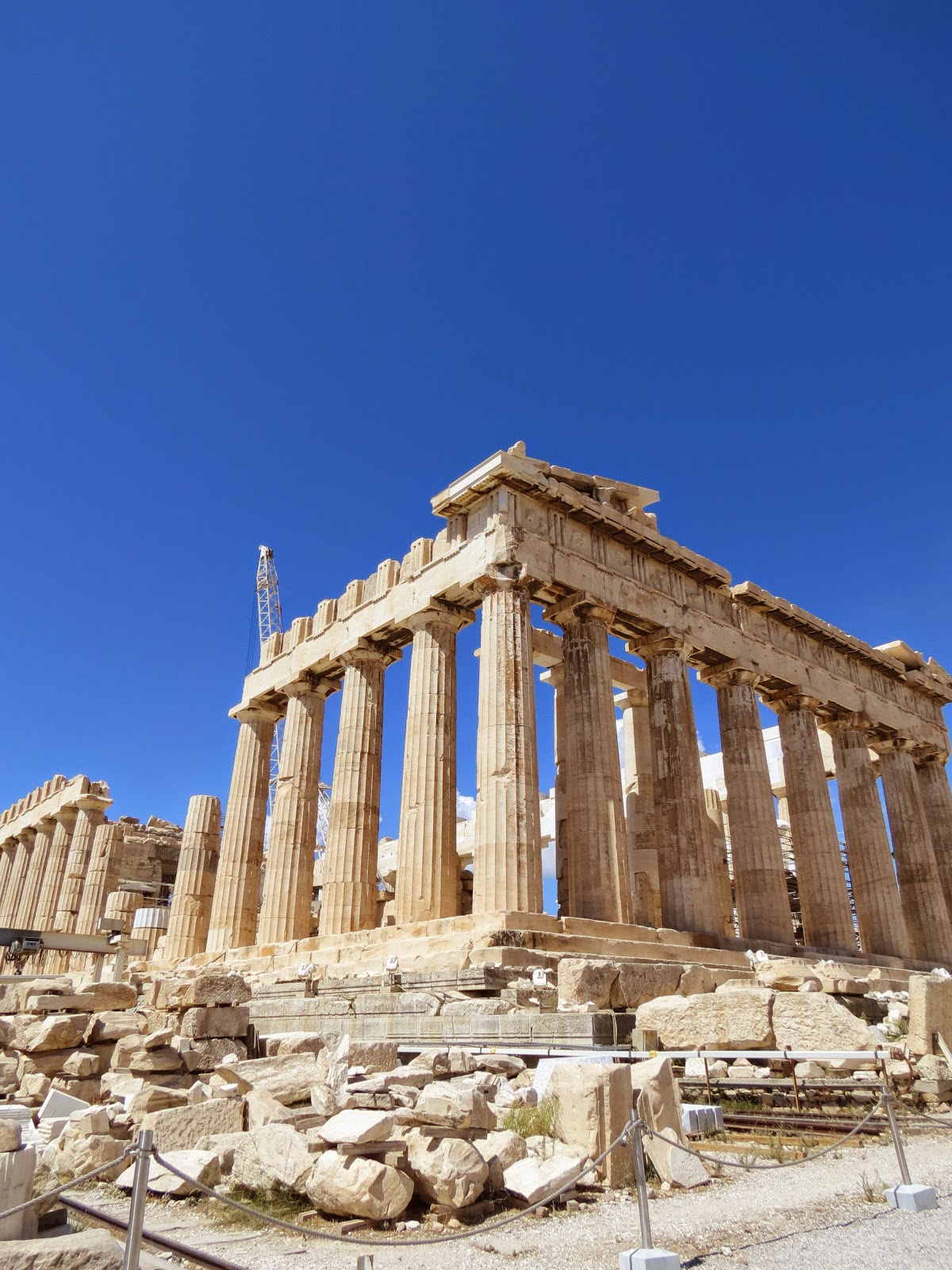 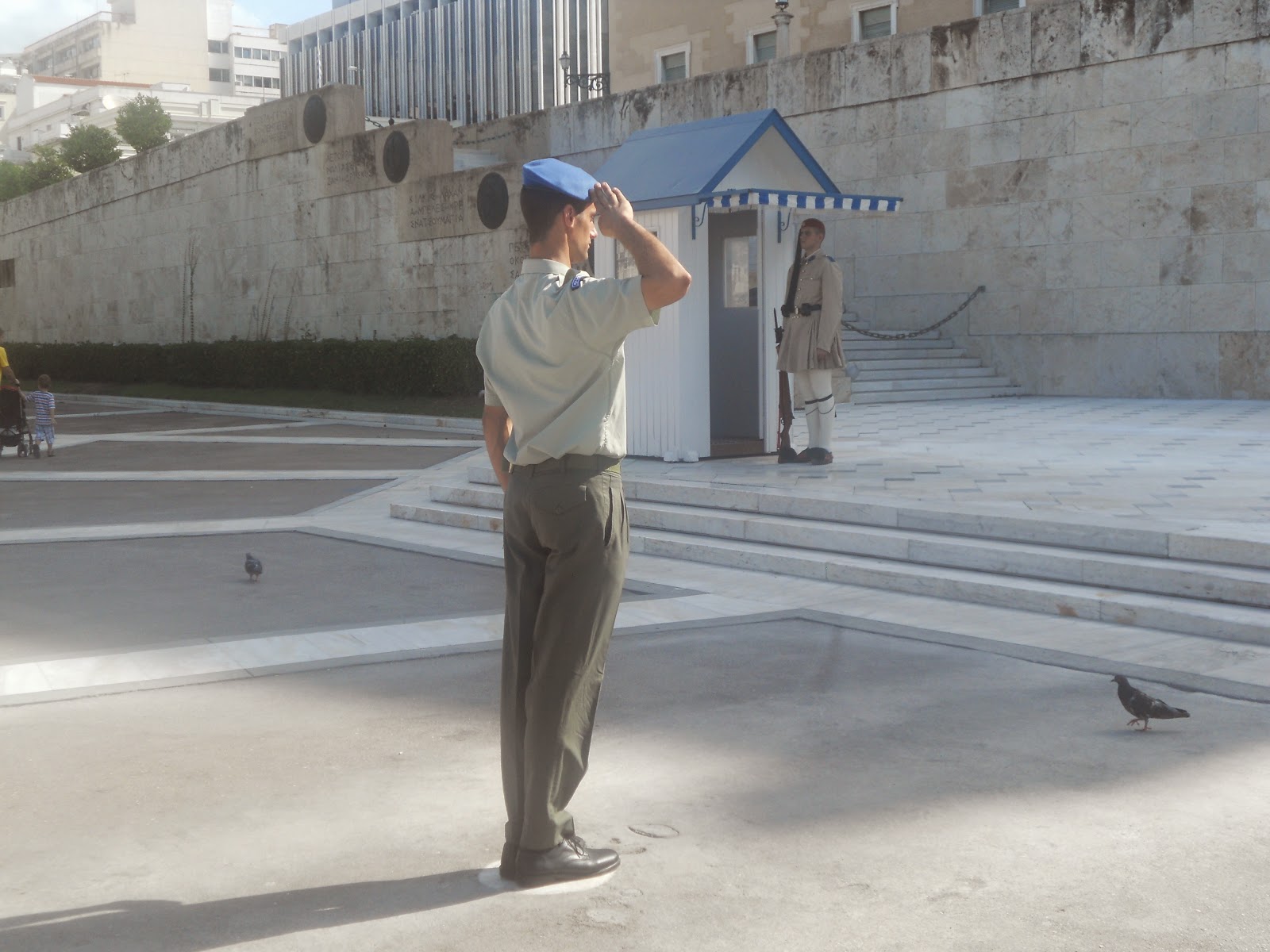 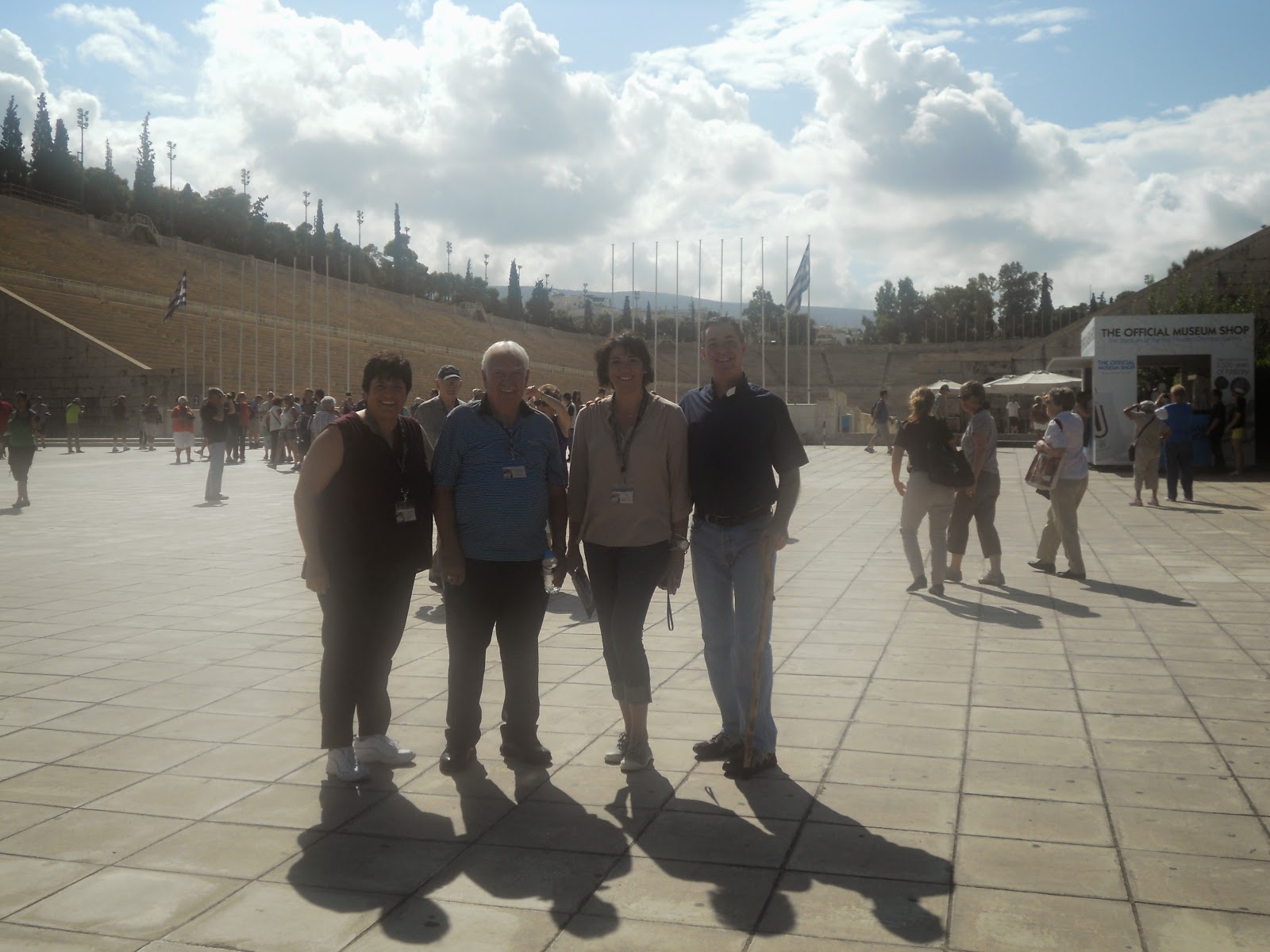 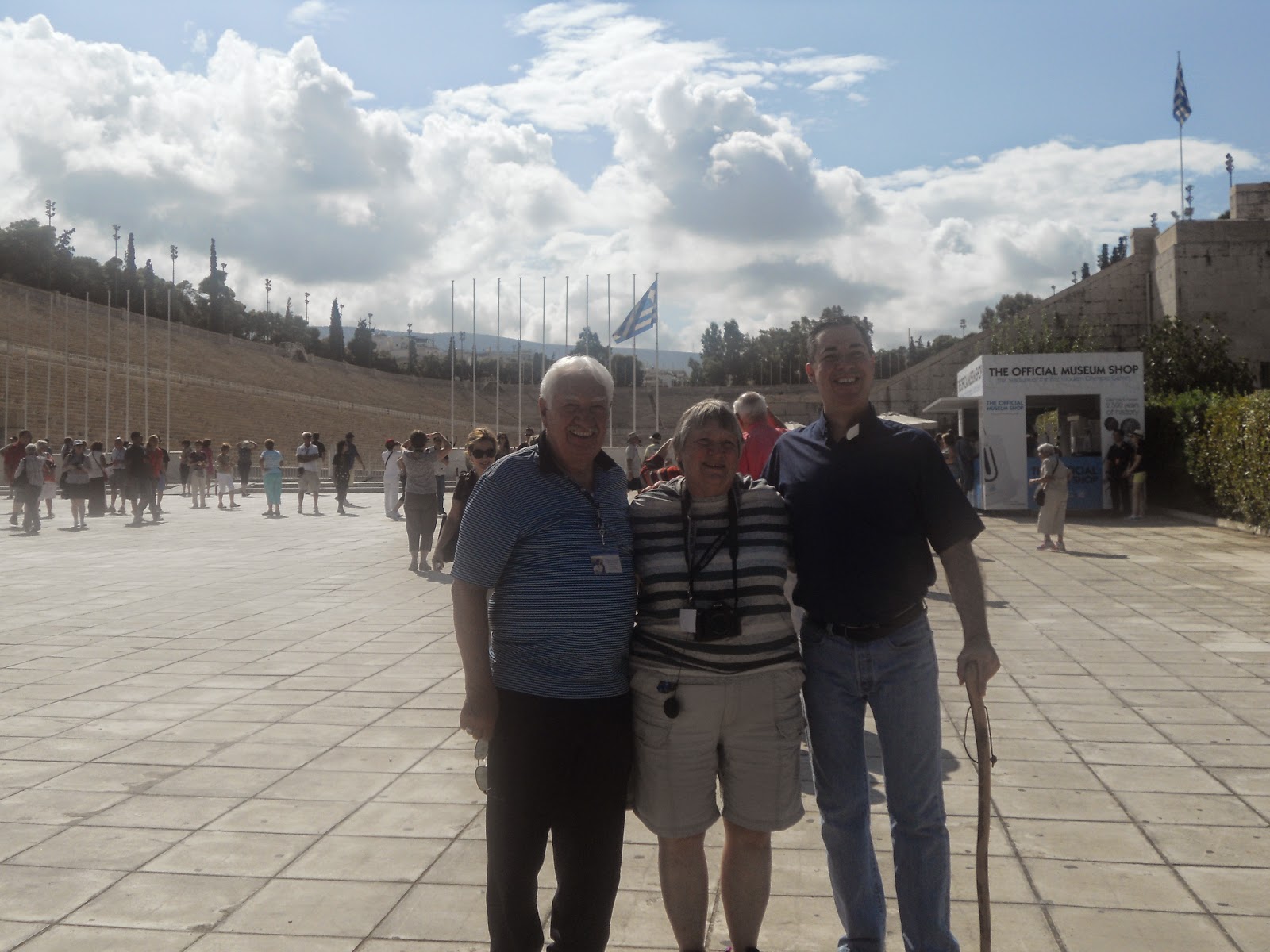 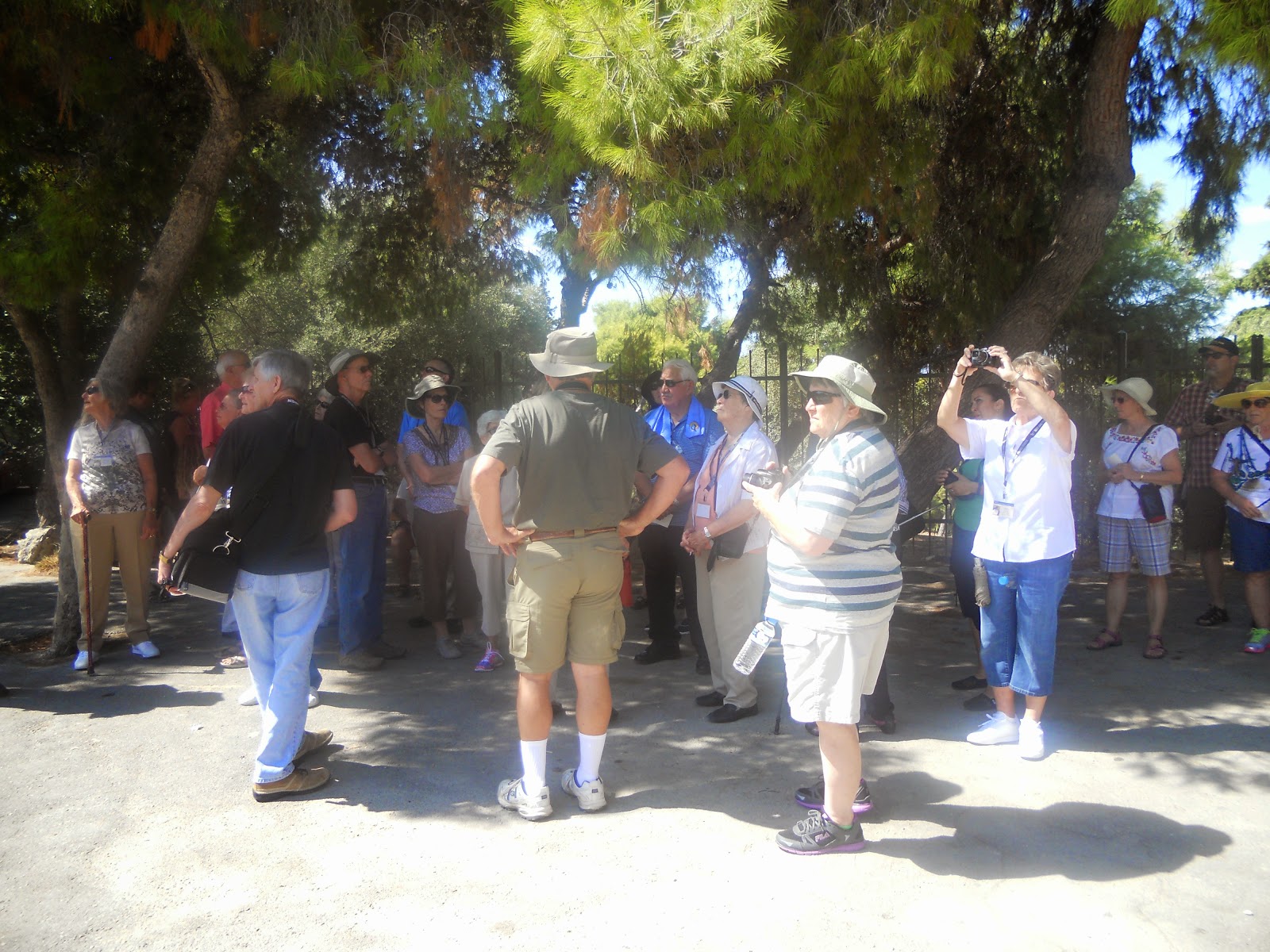 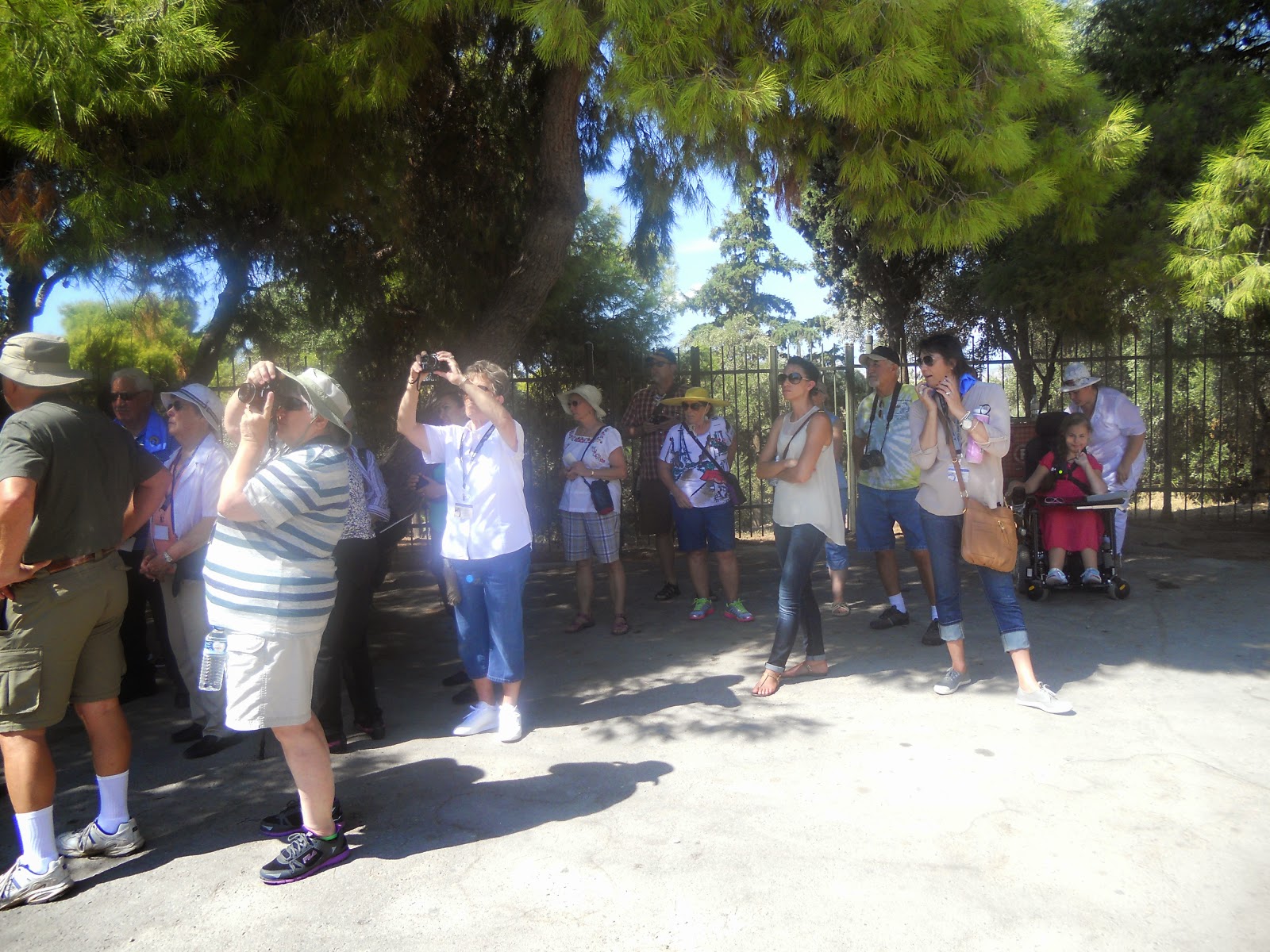 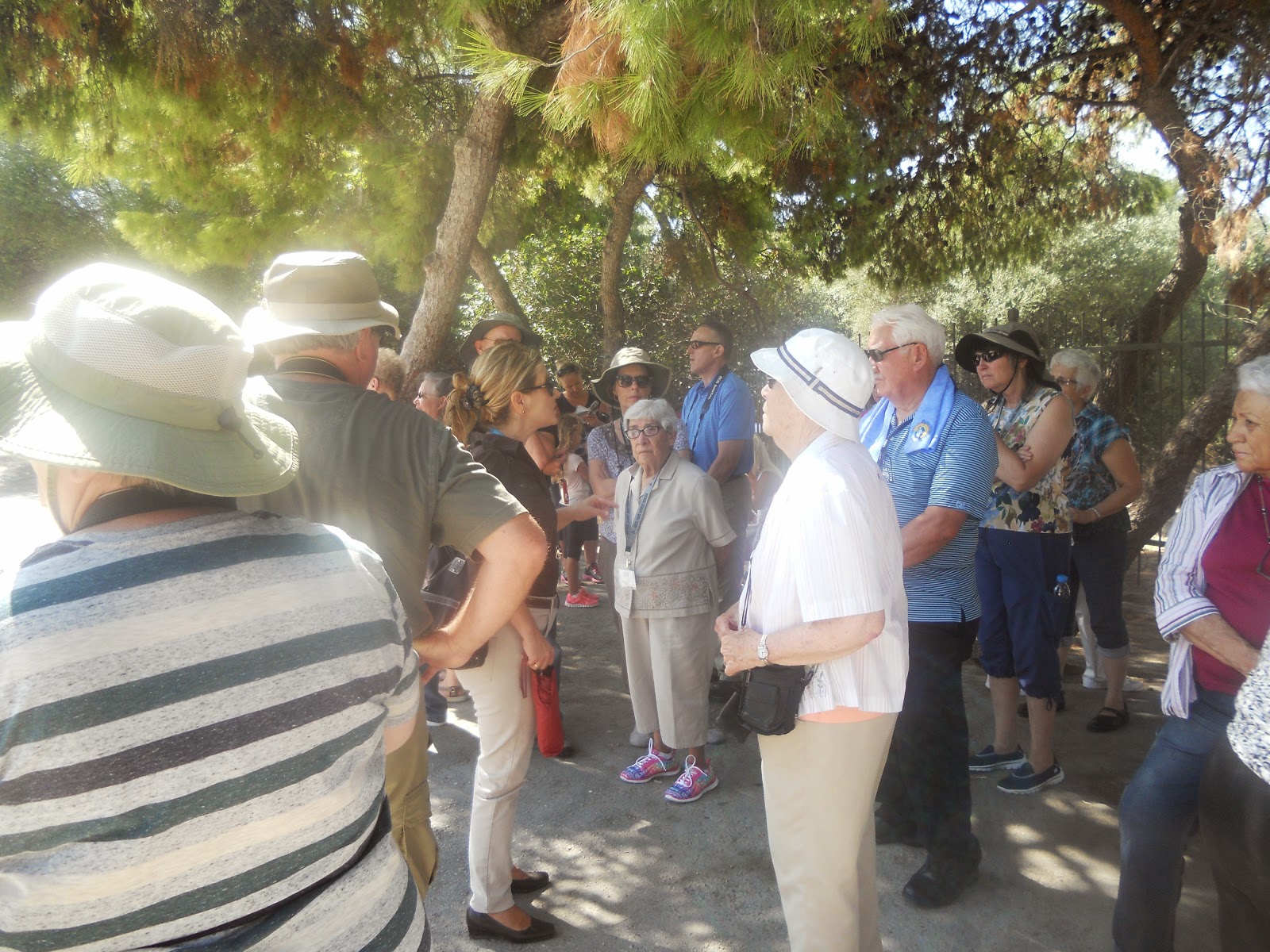 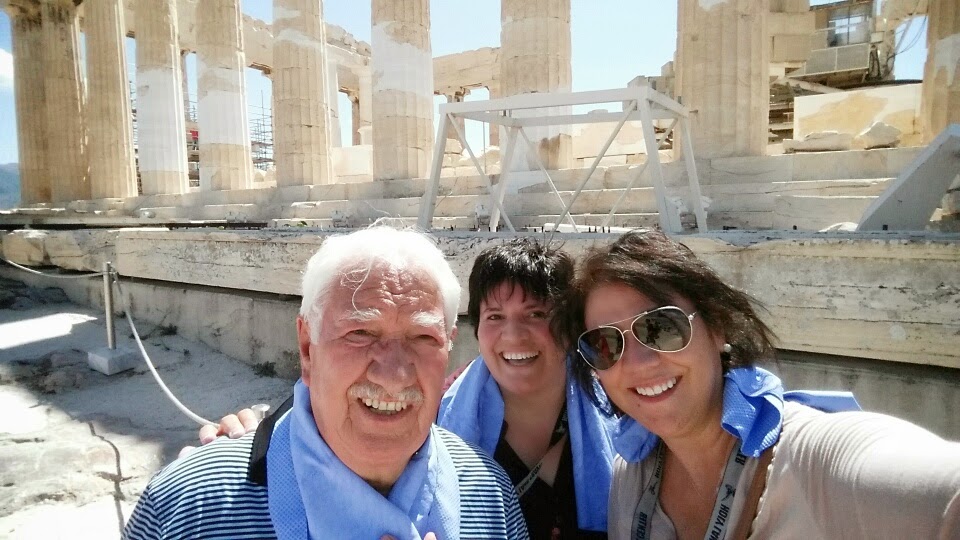